Plan to ride your electric bike in the winter? Read these tips first! 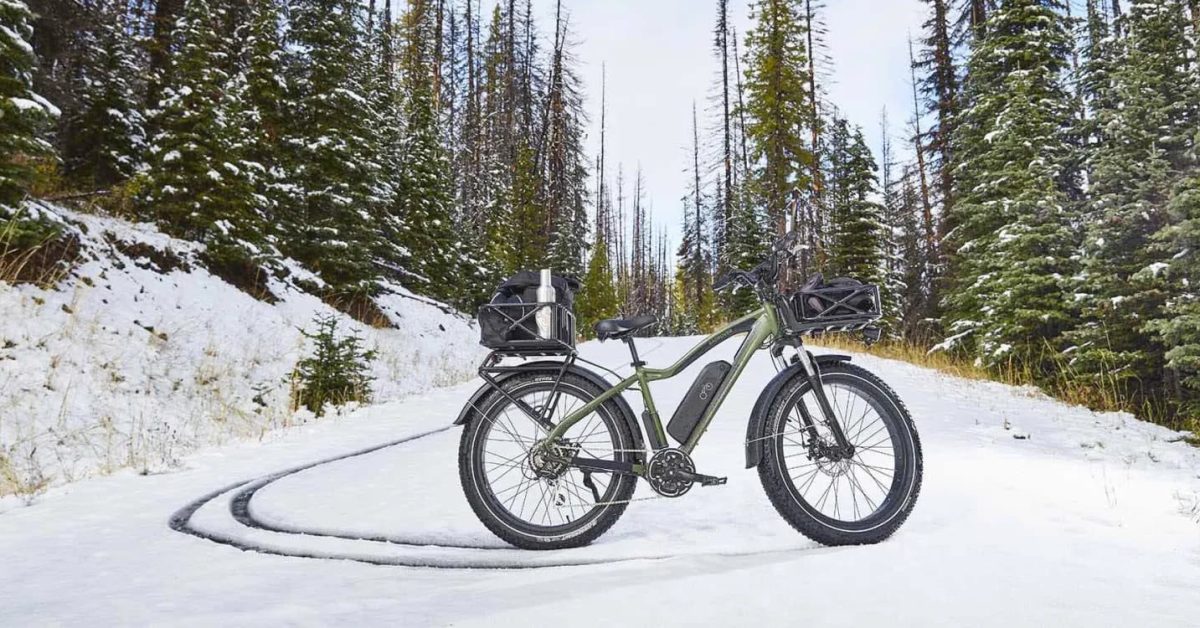 Have you been riding an e-bike all year and now are wondering if you can keep it up even into the cold and dark months? Don’t worry, it’s certainly possible to ride an e-bike all year round. But since the winter months throw extra challenges our way, you’ll want to take a few extra steps to be prepared. We checked in with several leading electric bicycle manufacturers to get the best tips for riding e-bikes in the winter.

The most important component on your e-bike is the battery. It’s also the most expensive and the part the requires the most care. That care is especially critical in cold temperatures.

The most important thing to remember is to not leave your battery outside in the cold for lengthy periods of time. One night sitting outside won’t kill your battery, so don’t freak out if you forget it. But it’s not good for its long-term life cycle to make a habit out of letting it sit in cold, wet environments.

It’s also critical to note that you should never charge the battery when its temperature is below freezing (32ºF or 0ºC).

Electric bike company VanMoof explained that a “battery can’t charge below 32ºF or 0ºC. That’s why it’s even better to store your bike inside at room temperature when temperatures outside hit an extreme low — it’ll charge better and take you farther on those winter rides.”

Of course if your e-bike has a removable battery, you can just bring the battery inside. If there’s space though, your entire e-bike will appreciate coming in from the cold, harsh winter weather. If you’ve got an e-bike with a built-in battery that isn’t quickly removable, it’s extra important that you bring the entire bike inside.

If you’re one of those people that end up riding less in winter (or not at all), you’ll definitely want to store your battery inside during those long winter months. You should avoid storing it with a full charge though, as it’s not as healthy for the battery.

Experts still debate the optimal storage voltage for batteries (usually claiming something in the 40-80% state-of-charge range), but it is generally accepted that a half charge is a good storage level. That’s exactly what e-bike manufacturer Juiced Bikes recommends.

As the company explained:

Ideally, you want to keep your charge at about 50% capacity when storing. Now, the battery will self-discharge over time – so if you’re not riding for two months or more, be sure to check the charge every so often and charge back up to 50% when needed.

VanMoof also says that it’s important to wipe down your e-bike after riding to remove salty mud or snow. Most e-bikes use rust-resistant components, but there are still many areas that can corrode if left with a salty glaze.

Again, you don’t have to go crazy with your routine. But occasionally adding some soap into the mix can help better remove the nasty things that winter likes to stick to your bike. As VanMoof explained, “If you ride every day, give your bike a weekly wipe-down with some water and soap.”

I’ve been testing out the Muc-Off “Clean – Protect – Lube” kit for e-bikes, and it’s got a nice set of cleaning and lubrication products to keep your bike looking good and lasting through those rough winter months. I even included it in my e-bike lover’s stocking stuffer gift guide yesterday.

Juiced Bikes also recommends starting slow with rides, especially if this is your first winter on an e-bike.

As the company continued:

Riding in the winter is NOT like riding during other seasons. When you go out on your first winter ride, it’s essential to start off slow and acknowledge your experience level. Newbies should take a test ride without the motor on at first, just to get a feel for the terrain. No matter what, drive more slowly than you would in the summer and always give yourself more time for braking. You never know when you may hit a patch of black ice!

Ice can be a serious issue for e-bikes. While cars simply spin, e-bikes don’t have the advantage of four-wheel stability. Losing traction on ice usually means going down hard.

To avoid that, Juiced Bikes recommends choosing winter tires based on the type of riding you do:

Change your tires to studded models for hard-packed snow and ice or fat knobby tires for softer snow. You may even want to heat-shrink your cable connections and LCD screen for extra protection from rain and snow.

A common 26″x4″, or 26″x4.8″, or 27.5″x4″ fat tire works amazing in the snow because you can run these at very low pressures. I find that 5-20 PSI makes the rubber just float on the snow. For riding conditions where there is underlying ice, it’s best to get these tires studded.

Rad Power Bikes described how the short days and limited visibility in winter can mean that bike lighting is more important than ever.

As the company explained:

In high traffic areas or roadways that require boosted lighting – such as trails absent of lampposts – additional brightness may help you navigate the winter months.

Most e-bikes come with LED lighting that runs off the main battery, but adding stronger lights can be a good idea.

Rad offers more powerful e-bike lights with twice the lumens that can be swapped out for the basic lights that come with each bike.

Other companies also offer higher-power light upgrades, so it’s worth checking if your e-bike has that option. If not, some powerful mountain bike lights are a good idea. I’ve also tested the RedShift Arclight pedals as well and those are amazing for good lighting at night, winter or summer. They’re pricer at $140 but 100% worth it.

Rad Power Bikes also points out how important it is to dress for the weather:

Ever biked in cold temperatures without gloves? Pro tip: don’t. Frostbite is a real condition that can happily be avoided with water-resistant gloves, apparel, and shoes.

Your hands are exposed to the air rushing around the handlebars, quickly chilling fingers to the bone. Even good gloves can get chilly after a while. When I ride a bike with a thumb throttle in the winter, my thumb often starts to freeze since it is held down below the bars and away from my fist. Even with the warmest options for gloves, you have to pay the price of big and bulky hands that can make it hard to operate the brakes and shifters.

Bar mitts are a great alternative option. They mount on the handlebars and protect your hands from the rushing cold air. That means you can get away with wearing normal, lighter gloves like you’d use on a normal day when not riding. Rad offers their own version that has extra-wide hand holes to better accommodate the sleeves of your coat.

Don’t forget to protect your neck too! An old-fashioned scarf works well, but a tube scarf/neck gaiter or even a balaclava are better options.

Both can protect the lower half of your face better than a typical scarf, and the balaclava can pretty much cover everything. Or you could go full bank robber with a ski mask.

If you want to keep riding your e-bike throughout the winter, then go for it! It’s definitely possible, but you’ll want to make sure you consider these important tips to take care of your e-bike and yourself.

Stay safe out there this winter and happy trails! 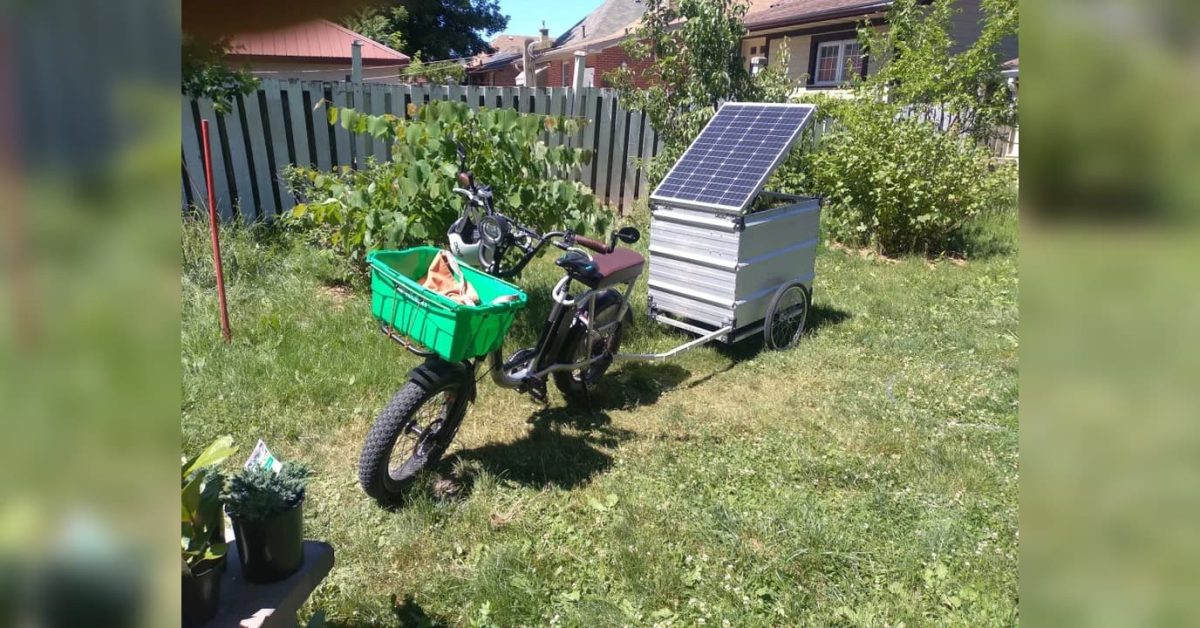 Here at Electrek we love DIY projects. And solar power. And electric bikes. So when those three can be combined, that’s pretty much a trifecta in our books. In this 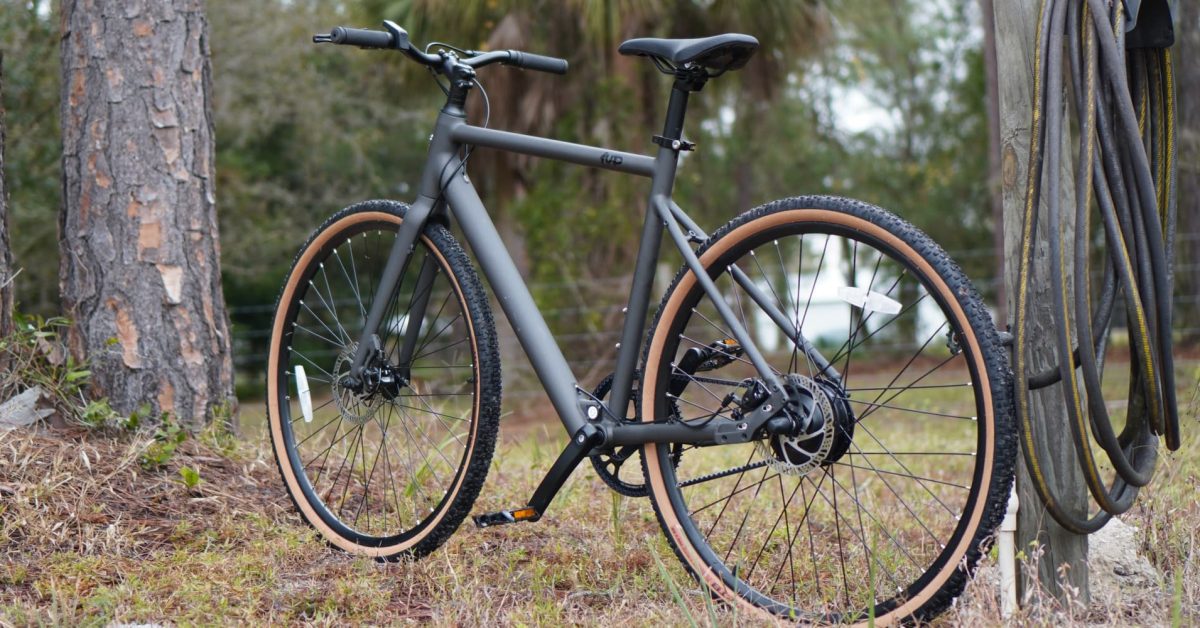 Here at Electrek, we have spent countless hours performing detailed hands-on testing of hundreds of electric bicycles. Through the hundreds – err, probably thousands of miles at this point, we’ve 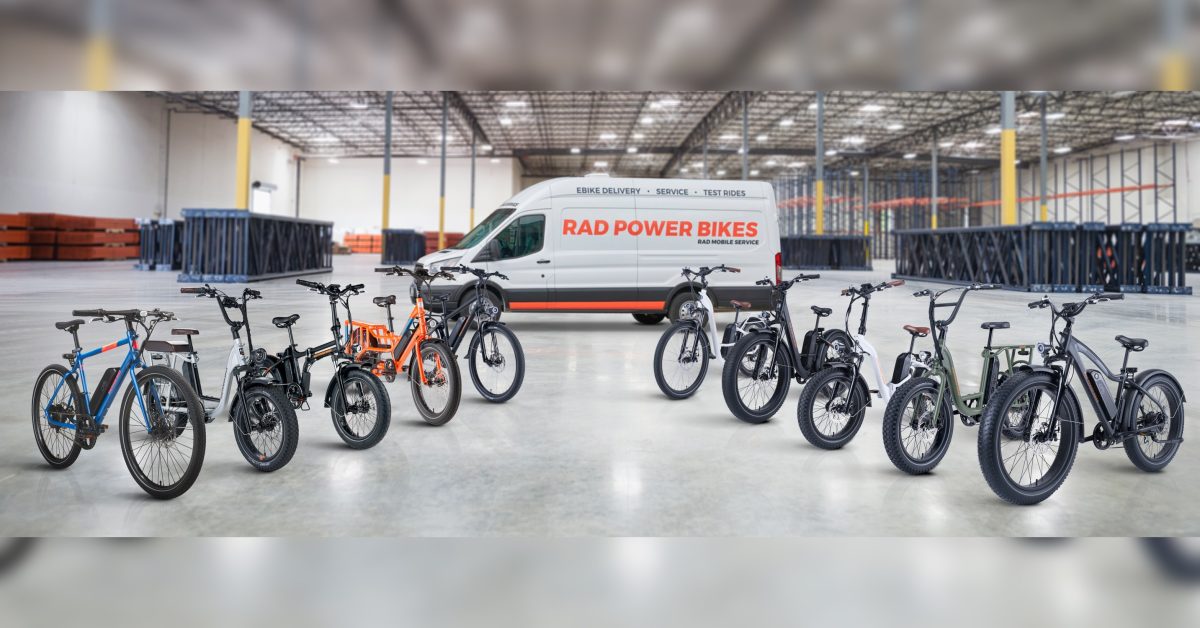 Anyone who has been following recent pricing trends in the electric bicycle industry has experienced quite a roller coaster ride. Prices over the last year or two have repeatedly climbed