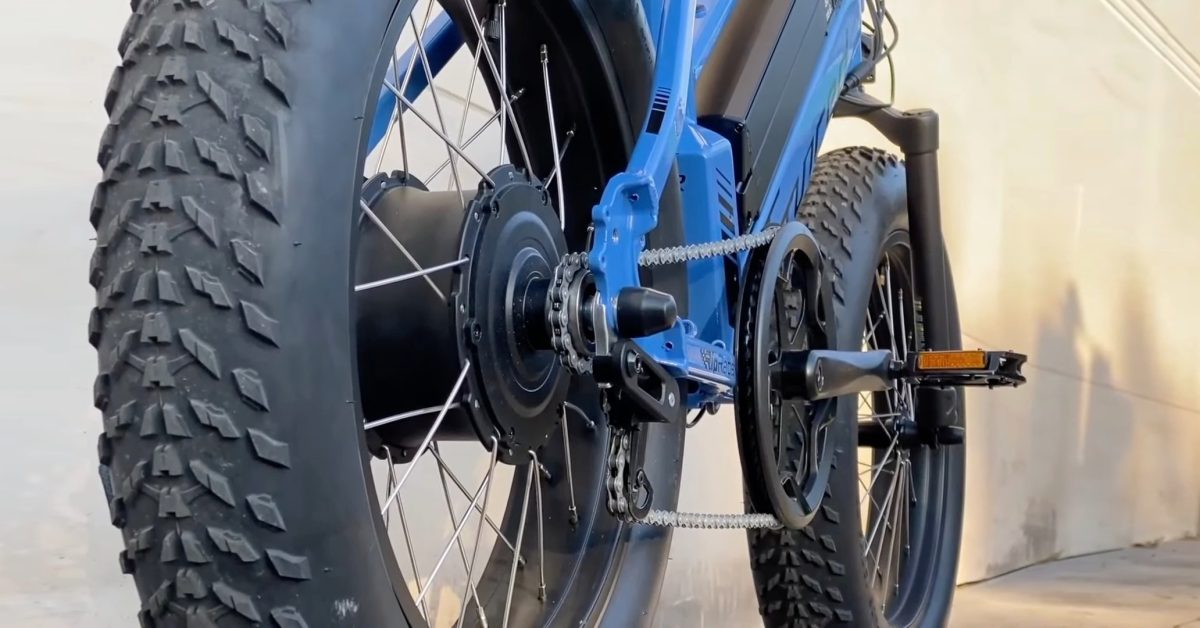 Just because we’re still a week away from Thanksgiving doesn’t mean you can’t already save big on a new electric bicycle. That’s because most of the e-bike companies have jumped the gun this year in an attempt to beat each other to the punch. And when they fight over us, we win. Case in point: All of these awesome e-bike deals (and some e-scooter deals, too) are already live and running!

This list will be constantly updated in the days leading up to and through Black Friday and Cyber Monday. So be sure to check back for the revolving list of new electric bike sales!

One of the highlights of the Seattle-based e-bike company’s ongoing sale is that you can pick up a RadRover 6 Plus for a $500 discount. That’s a great off-road and trail bike for exploring outside of the freshly paved path. There’s also a $300 discount on the RadCity 5 Plus, which would make a great commuter bike when you’re sticking to the asphalt.

The RadRover 6 Plus is one of Rad’s newest e-bikes and introduced a number of novel features for the brand, including dual digital displays and upgraded hydraulic disc brakes.

The RadExpand 5 is also on sale for $100 off, which makes the new folding utility bike even more accessible to riders.

This folding e-bike is one of the best bang-for-your-buck electric bikes on the market right now, hands down. It offers speeds of up to 28 mph (though comes programmed for 20 mph out of the box, with the user able to unlock the higher speed via the on-board display). There are two battery options available for extra range, and the bike even includes a new motor and expanded rear rack for carrying a second rider.

The Lectric XP 3.0 carries an MSRP of $1,099, but is currently on sale for $999. That sale includes a bundle of free parts, such as a free lock, headlight upgrade, bigger and more comfortable seat, and a suspension seat post.

The cargo package and the passenger package are both marked down as well, so here’s a great chance to add those to your order if you want to save some big bucks.

It’s also a good time to check out the Lectric XP Lite as well, which is priced at just $799 and includes a number of extra accessories for free as part of the Black Friday Bundle.

Juiced Bikes has some awesome deals running already on nearly every bike the company makes. It’s worth checking out the sales page to see what might interest you.

Some of the showstoppers include the popular RipRacer e-bike being marked down to a mere $999 and the HyperScorpion marked down to just $1,999. Both of those deals save you hundreds of dollars on some high-performance electric bikes.

Juiced is known for making e-bikes with higher power levels for more entertaining rides, and both of these bikes are guaranteed to bring a huge smile to your face. Have fun picking the bugs out of your teeth!

Ride1Up has plenty of e-bike sales going on across almost its entire line of urban electric bicycles. You can check out the entire list here.

And if you want a fast yet comfortable cruiser-style electric bike that can carry a second rider, don’t overlook the Ride1Up Cafe Cruiser, which is on sale for $350 off, bringing the price down to $1,245.

We’ve reviewed nearly every e-bike in Ride1Up’s lineup, and the company’s overarching theme is quality, high-performance urban electric bikes for several hundred dollars less than you’d expect to find at pretty much any other major retailer.

Biktrix has sales of up to $1,000 off some of the company’s popular electric bikes.

This Canadian electric bike company has proven popular across North America for a series of commuter and fat tire electric bikes.

With both budget-minded hub motor e-bikes and more powerful mid-drive options, Biktrix has an e-bike for just about everyone.

Aventon’s OG e-bikes are currently having a $300 off sale as part of the company’s Early Black Friday festivities. The Aventon Level V1 is marked down to just $1,499 (compared to the next-gen model at $1,949).

The Aventon Soltera now starts at just $999 for the single-speed version, which is a great way to get a high-quality commuter e-bike for a song.

We’ve long been impressed with the build quality of Aventon’s e-bikes. While they’ve added some awesome features such as frame-integrated lighting and new app support to most of their bikes, the OG models are still every bit as good as we found them to be when we first reviewed them, and they can save you some serious cash.

Another lightweight and awesome-riding folding e-bike is made by Carbo, which has a $500 off deal with free shipping going on now for Black Friday.

Electrek’s own Seth Weintraub tested an earlier model of the Carbo and came away impressed with the bike’s performance, especially considering its lightweight package.

While many e-bikes these days tend to look like cookie-cutter versions of each other, Carbo has innovated with their own unique design that is immediately apparent when you hop on the bike.

Himiway has a number of sales that take between $200 to $300 off many of the company’s popular fat tire electric bikes.

My wife and I just tested out the Himiway Big Dog, which is a moderate-sized cargo bike (though I’d call it more of a utility bike) and found it to be a fun bike for cruising trails and gravel roads. The big rear rack makes it perfect for carrying gear with you too. We’ve got a full review of that bike coming in the next few days.

Be sure to check out some of the company’s other models too from fat tire adventure bikes to speedy moped-style bikes.

ModBikes is running a big bundle sale that can save you some serious money on accessories and even a big e-bike rack for hauling your favorite ride on your car.

Buying one bike gets you the company’s Essentials Bundle that includes a rack bag, lock, phone holder, and more. But if you buy two e-bikes, you get two bundles plus a free Hollywood electric bike rack, which we recently reviewed.

ModBikes has a pile of interesting electric bikes to choose from, though my favorite by far is the Mod Easy Sidecar that makes it a snap to carry kids, dogs, or cargo along with you for a three-wheeled adventure.

Technically it’s more of a scooter, but it rides and feels like a throttle-enabled electric bike due to the larger 20″ bicycle wheels and the bike-style handlebars/saddle.

Not only is this fun little 20 mph runabout priced at just $999, but the company’s Black Friday bundle also includes a spare battery and a cargo box for free!

The company is offering huge sales that are taking as much as $300 off their already low-priced e-bikes.

The $799 deal for the Propella 4.0 SS or Propella Mini are awesome deals that offer those high value e-bikes at prices we’ve never seen before. Snatch these up while the prices are this good!

Blix Bikes makes some very nice riding Dutch-inspired electric bikes across a number of categories. From metro commuters to folders to cargo bikes, they’ve got a slick-looking collection.

In fact, the companies newest model known as the Dubbel is particularly interesting since it also has the ability to carry a second passenger on back.

I love when e-bikes can turn into multi-passenger vehicles since it greatly expands their utility as car-replacers.

Blix’s sale is taking up to $300 off many of the brand’s most popular models. Check it out before it’s gone!

I recently toured the company’s factory in Tallinn and saw just how they build these lightweight, sleek-looking e-bikes.

The company is having what looks like its best sale ever, taking $400 off the latest generation of it’s e-bike models and $500 off its previous generation bikes. These stealthy e-bikes definitely deserve a second look!

I’ve tested multiple versions of Gocycle’s e-bike models over the years, but the Gocycle G4 is one of my favorites.

It isn’t going to compete on power or range compared to some of the massive folding e-bikes we’ve seen before, but it’s lighter, easier to ride, quicker to fold, and will likely last years longer.

Shoutout to the folks at Area 13 who reached out to let us know that they’ve got some great Black Friday deals running too.

There are a pile of different e-bikes on sale with savings of up to $700, marking one of the steepest discounts we’ve seen so far.

In addition to e-bikes, the company also has a number of accessories and e-bike carrying racks on sale too. It’s all worth a look!

Speaking of scooters, if you’re on the hunt for a more traditional standing electric scooter, then you’ll want to check out the Black Friday Deals over at Miami-based FluidFreeRide.

There’s a bit of everything, from $450 lightweight commuter scooters to several thousand dollar high-speed and ultra-high power off-road and highway-capable scooters.

I’ve personally tested numerous scooters from FluidFreeRide and even visited the company’s headquarters to meet the team. Everything about the company I’ve seen has always been positive, so it’s a definite recommendation for anyone searching for an electric scooter deal right now.

I had the chance to meet the Apollo team recently after having spent years testing their scooters.

From lighter commuters to all out speed machines, they have just about everything. They also put a ton of effort into ground up designs that pack in more innovation by eschewing off the shelf components in favor of custom scooter designs.

This year there are several deal to choose from on the company’s Black Friday Sales page, including chances to save hundreds of dollars on the Apollo Air, Apollo City, Apollo Ghost and more.

This is a sale you won’t want to miss!

It’s (obviously) still quite early, and so we fully expect more premature Black Friday sales to be announced.

We’ll be sure to update this post continuously as we find them, so it’s probably a good idea to check back regularly over the next few weeks. 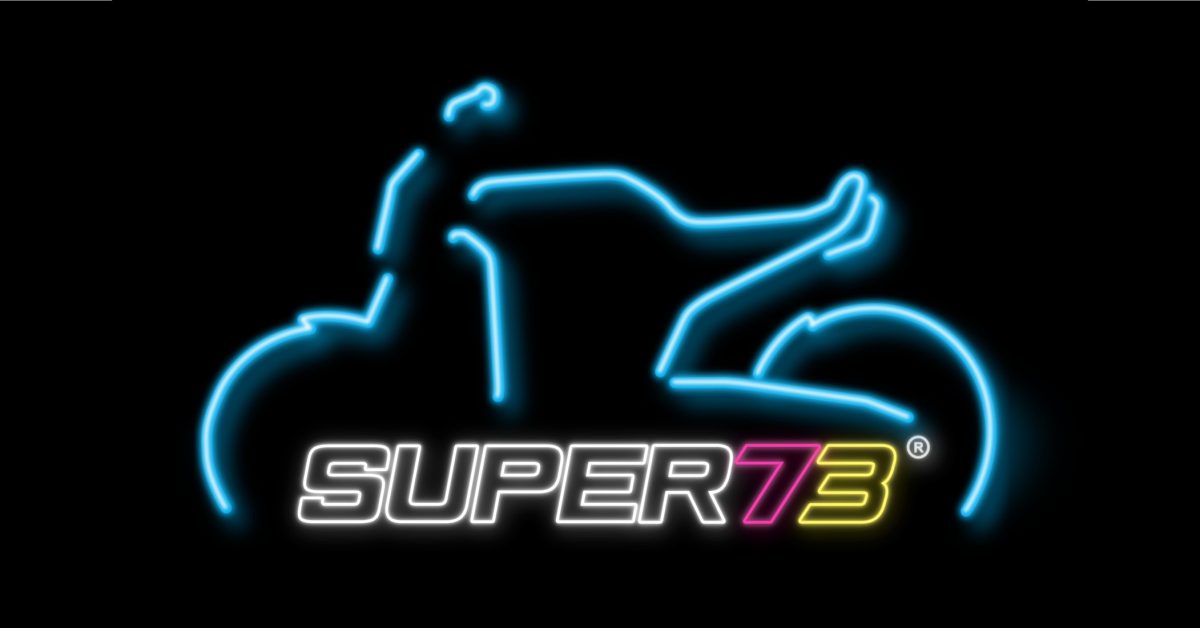 Electric bicycle manufacturer Super73 has become the latest company to pull out CES 2022. The news calls into question the potential unveiling of an electric motorcycle from the company. Large 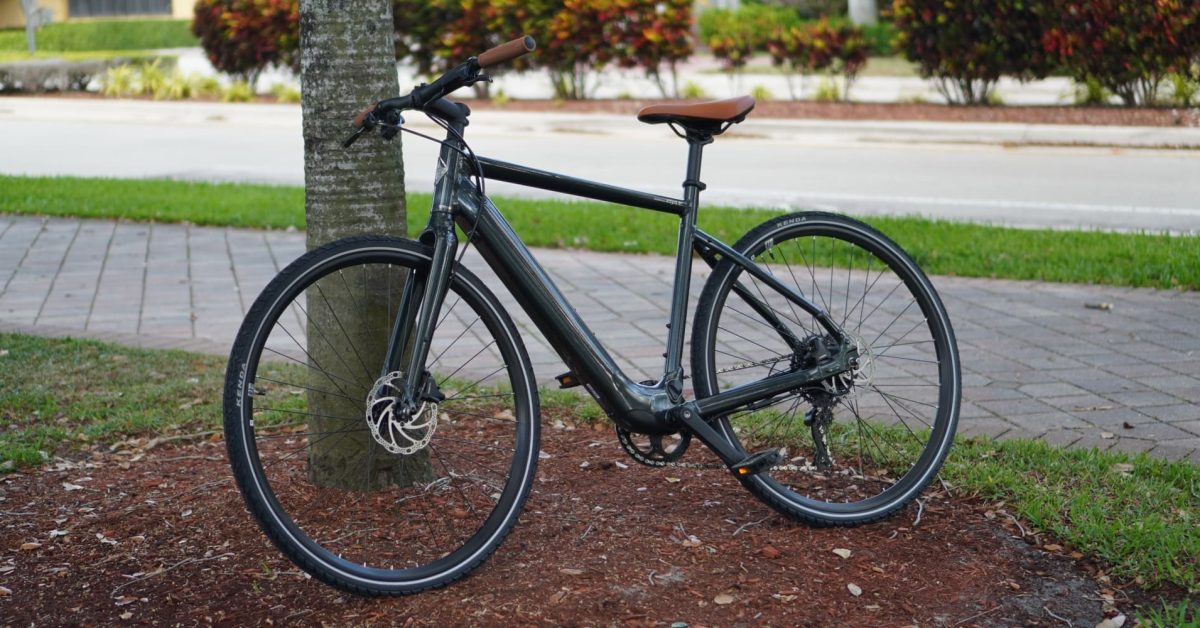 When Giant’s new “lifestyle-inspired” electric bike sub-brand Momentum unveiled the Voya E+ 3, it did so at a positively mid-range price of $2,400. That brought it in below the fancier 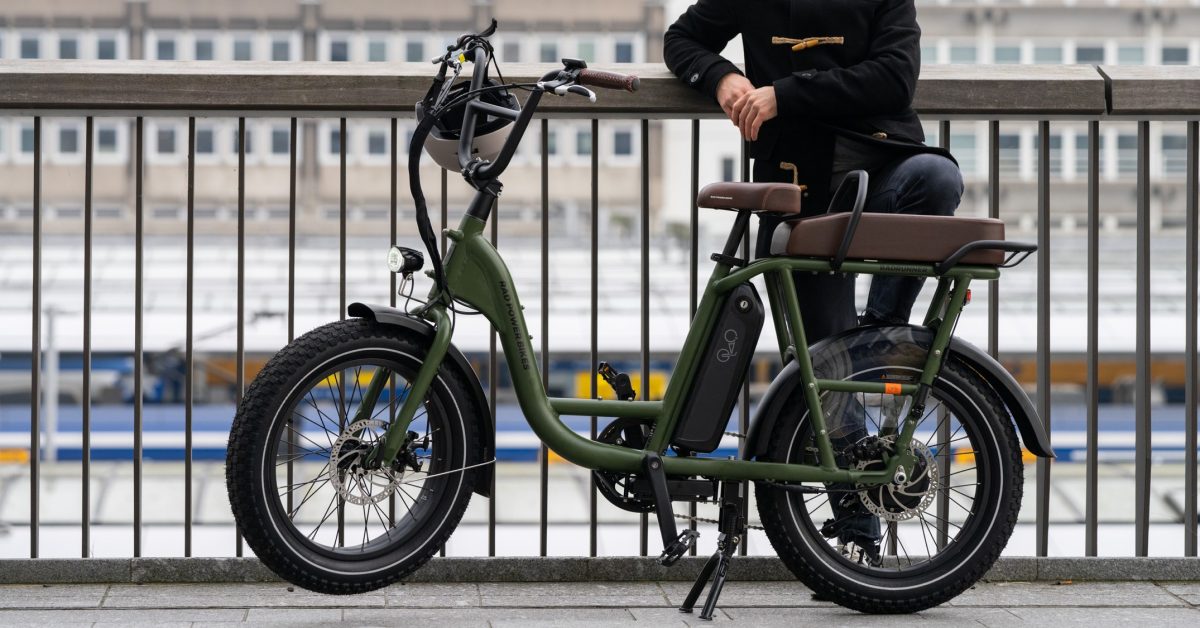 The RadRunner from Rad Power Bikes broke new ground upon its release two years ago. It became the first widely successful utility e-bike from a major manufacturer, spawning many imitators