This Chinese three-seater electric bike looks like triple the fun! 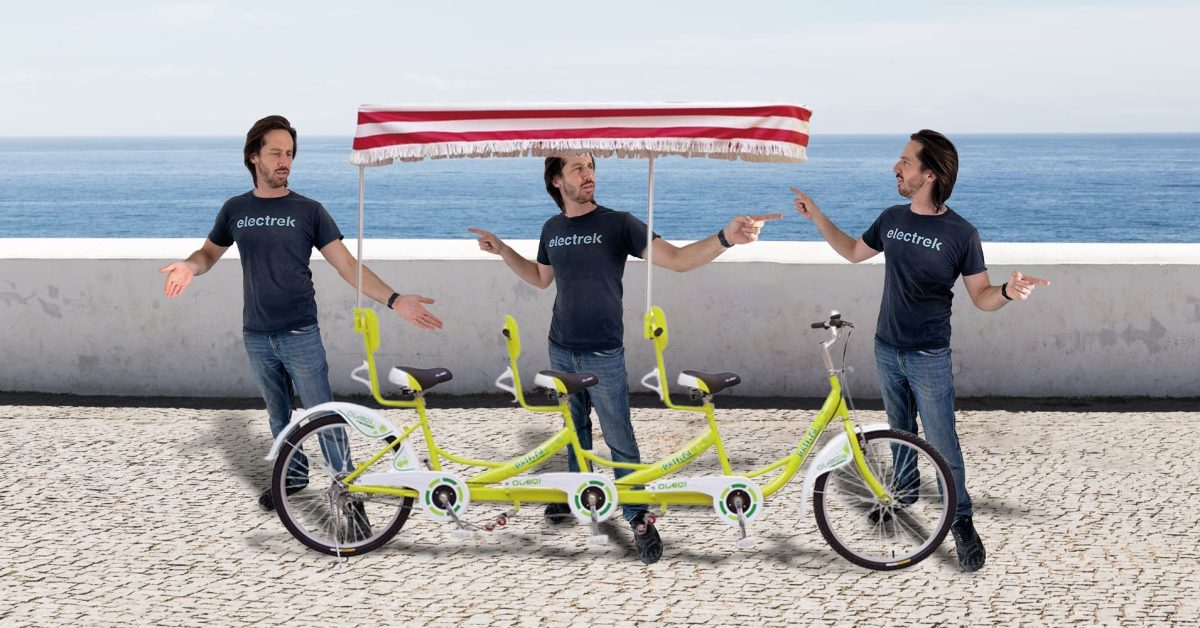 One of the best parts of riding an electric bike for leisure or recreation is sharing that experience with others. But what if your friends don’t have their own electric bike to join you on rides along the beach or through the park? Well then you might need this awesome Chinese three-seater bike I found online, which is perfect for this week’s entry in the Awesomely Weird Alibaba Electric Vehicle of the Week column.

I know that tandem bikes often get a bad rap for being divorce makers, but I think that this one solves the problem. Yea, two people on one bike could be a recipe for disaster. But you know what the solution is? Add one more person!

With three people, now we’re having a party. That’s one bike but endless possibilities!

Take the kids to school and make them contribute to the pedaling effort! Pick up the buddies after the shift bells sounds and everyone hits the bar together! Invite the wife and her boyfriend out for a pleasant Sunday afternoon ride together! There are just so many options here, people!

This awesome three-seater bike comes with a bunch of fun features, like that candy-striped sun shade with tassels, three water bottle holders, a sturdy extra-wide parking stand, and even suspension seats for a cushy tushy.

Now my rather astute readers may have already noticed that despite this being a weekly wacky electric vehicle column, today’s three-seater bike is distinctly non-electric.

That may be true, but we can easily fix it.

All we need is to get a bit handy with an e-bike kit, which is something I’ve been known to do from time to time.

We’ll just have to add a simple $280 e-bike motor kit, slap on a $220 e-bike battery, and then we’ll have ourselves a three-seater electric bike for just over a thousand bucks total!

It may not be a very powerful e-bike with just a little 350W motor up front, but three dudes cranking on those pedals will more than make up for the diminutive e-bike motor.

The only thing that worries me is that no amount of extra riders will fix a few fundamental issues I see with this bike.

For one, we’ve got weak little rim brakes on a bike that is supposedly built for three adult riders. Then we’ve got what appears to be a two-post canopy, which would put that support directly in the middle rider’s face. And there’s the water bottle placement that seems to leave the poor front rider thirsty and the last bottle on the back of the bike out anyone’s reach.

Then there’s the whole issue with two people have no discernible control and being at the whim of whatever hooligan happens to be up front piloting this thing at the moment.

Ok, so maybe a three-seater electric bike isn’t the brightest of ideas. But you have to admit, it does look pretty cool. It might not make it into my own electric bike collection any time soon, but I’d love to see one of these in action one day! 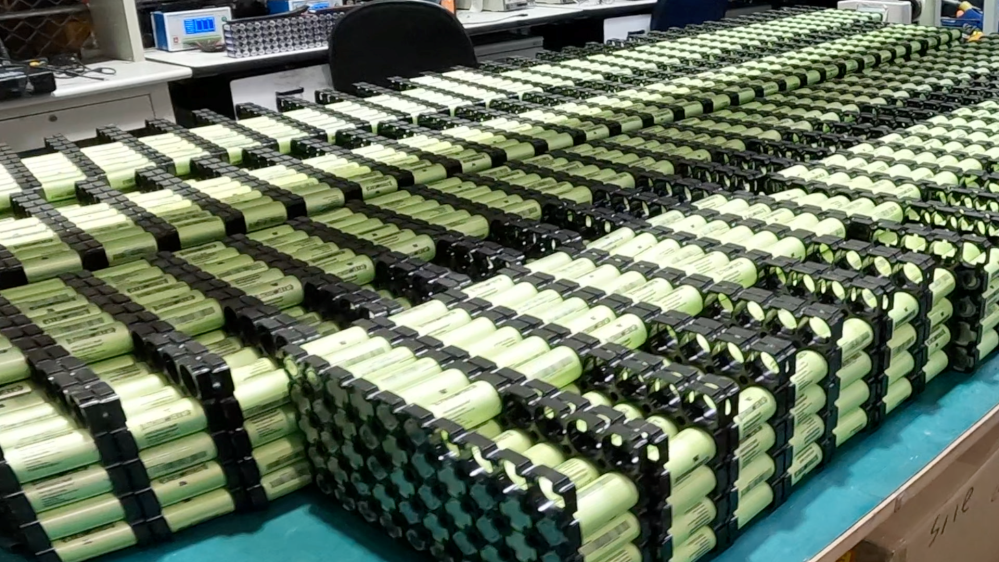 Electrek had the chance to tour EUNORAU’s main USA eBike facility earlier this month. This Chinese importer has undergone a transformation from a white-label startup to a recognized USA brand 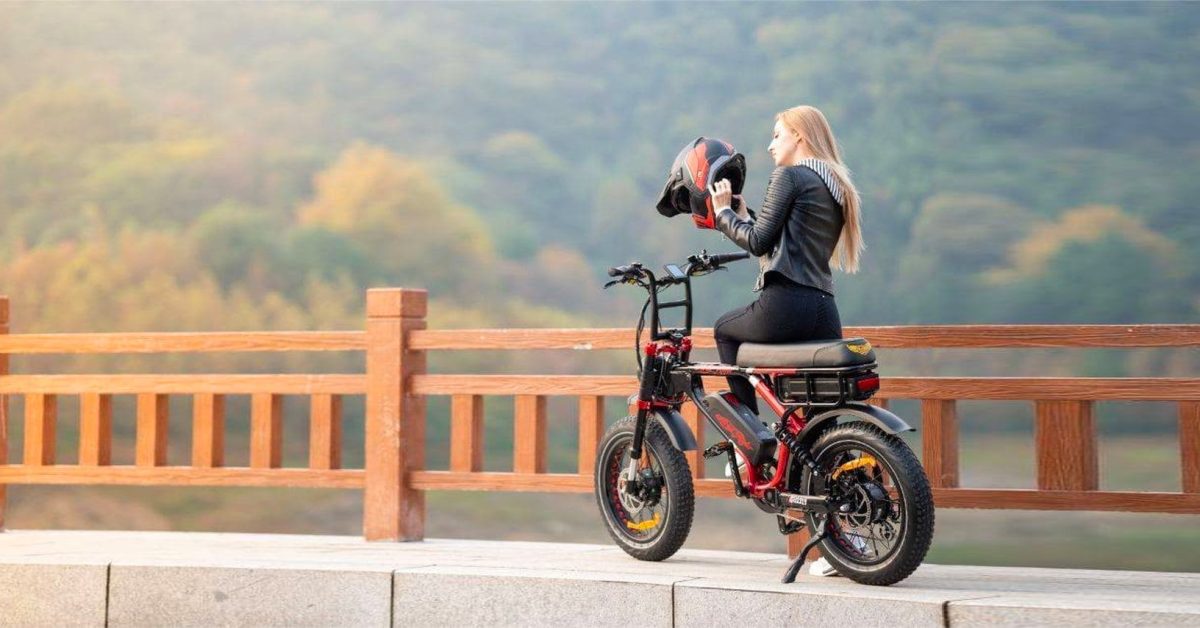 Electric bicycles come with added electric motors to make riding quicker, easier, and more fun. Throttle e-bikes don’t even require pedaling at all, turning them into little electric mopeds. And 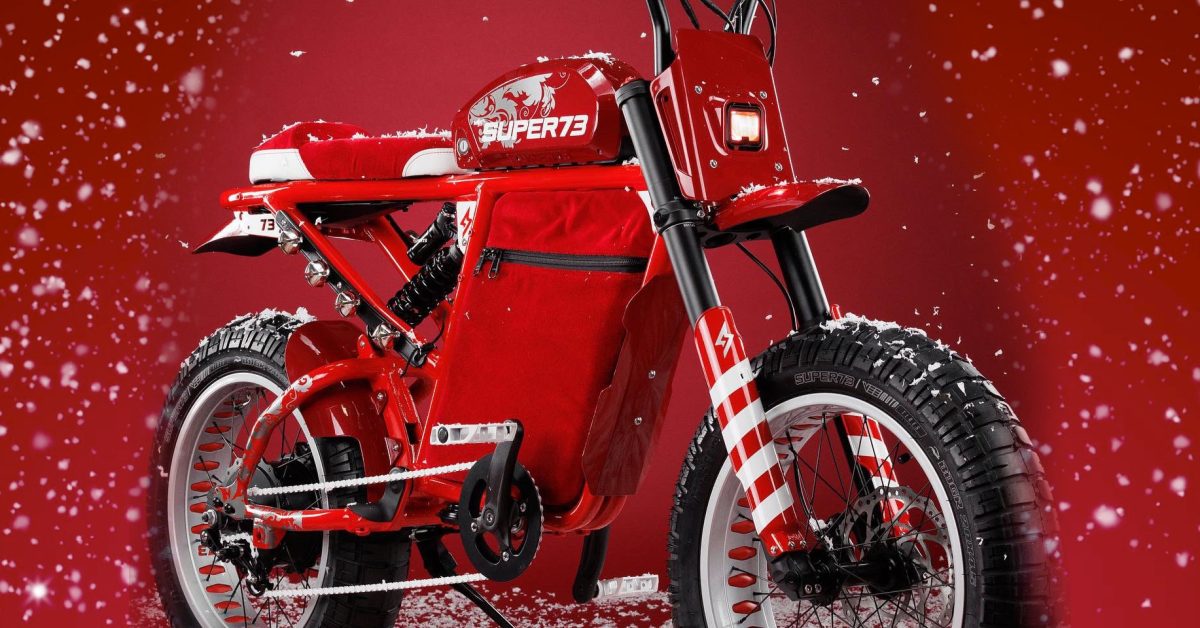 When it comes to custom themed electric bicycles, US e-bike company Super73 pretty much always wins first, second, and third place. Everyone else is simply playing for an honorable mention.