The best urban electric bikes you can buy for under $1,000

Sometimes the cheapest electric bikes leave me wanting more, while the super expensive e-bikes offer more than an average rider can afford. As usual, the sweet spot is usually somewhere in the middle. Here’s a list of what I consider to be the best quality electric bikes I’ve tested on the market today that still slip in under the coveted $1,000 mark.

The Rad Power Bikes RadMission is the epitome of a no-frills urban electric bike. It offers (almost) everything you need and nothing you don’t.

From the 500W motor to the 500Wh battery, the performance specs are plenty for average riders looking for a 20 mph (32 km/h) electric bike.

The city-oriented e-bike may lack a few fancier options like suspension or an LCD screen, but it’s well made and gets you in the door with the support and peace of mind of the largest electric bike company in the US.

It even comes in two frame styles, mid-step and high-step. I’m a fan of the mid-step, partly because it’s more comfortable to mount and partly because I think that the orange color (which only comes on the mid-step) is the best one of the bunch.

While the RadMission is often priced at around $1,200, it’s currently on sale for an impressive $899. At that price, it’s a steal of a deal.

Check out my full review if you want to get all the nerdy details on this awesome model.

Or take a gander at my short review video below for a quick dive into this popular model.

If the RadMission above is a bigger bike than you’re after, then the small and folding Lectric XP Lite might be a better fit. This bike can origami itself into a much tighter package, fitting in the trunk of your car or the back of your closet.

It still offers quite useful commuter specs though, such as a peak power output of 720W and a top speed of 20 mph (32 km/h).

It even comes with built-in LED lights, though it lacks features like fenders or a rear rack, which must be added as optional accessories. You do get free Slime anti-flat compound pre-installed in the tires though, which means you won’t even realize that you didn’t get that flat tire one day that you would have suffered from without the pre-installed Slime.

Even without the included accessories that I would have liked to see on a commuter bike, the $799 price makes this a great deal for a solid folding electric bike that combines good power output with modest range.

Definitely take a look at my first ride experience on this e-bike to see what makes it such a potent yet affordable commuter e-bike.

For those that still want a folding electric bike but need more power and speed, upgrading from the Lectric XP Lite to the Lectric XP 2.0 is the way to go.

This fat tire folding e-bike offers a 750W motor that peaks even higher, has a larger battery, and perhaps most critically, hits class 3 speeds of up to 28 mph (45 km/h).

You’ll pay for that higher performance in extra weight (and in extra dollars, since the price is $999), but you get a lot more too. You even receive an included rear rack and full metal fenders, which are often up-charge accessories on most e-bikes.

Lectric eBikes recently launched a new larger battery pack that bumps the capacity from 460Wh to 672Wh, but that also bumps the price up by a couple of hundred bucks. It’s worth it, in my humble opinion. But if you stick with the stock battery, you can keep the price under $1,000.

See my review of the Lectric XP 2.0 to get a sense of what this e-bike can do.

This one is a bit out there but stick with me, you’re going to find this cool. The JackRabbit is something of a hybrid between an e-bike and an e-scooter.

It has 20″ bicycle wheels and stubby bicycle handlebars that help it ride like a bike. But the shorter wheelbase makes it feel a bit more scooter-ish.

And of course, the lack of pedals is another notch in the scooter column.

It’s an ideal solution if you’re on the hunt for something small and convenient for a short city commute and need an e-bike that takes up a very small portion of your apartment or garage.

Yes, I know it seems strange. But it works so well that you get past the odd look quite quickly.

At $999, it’s pricier per watt or per mile, but it’s also the lightest and most convenient model on this list.

See my in-depth review to learn more about the JackRabbit, or watch my video below to get a sense of this odd-yet-awesome model’s proportions.

Propella’s smallest electric bike, which features 20″ wheels and a minimalist frame, weighs in at a svelte 33 pounds (15 kg).

It features a single-speed drivetrain, so don’t expect to turn this into a San Francisco hill climber, but the smaller wheels actually offer better torque and help it handle climbs better than you’d think.

That’s some great performance for an e-bike that is currently on sale for $849!

There’s no throttle, making this a pedal-friendly electric bike. If you’re not in the market for a Class 1 e-bike that requires pedaling, you should look elsewhere. But if you’re into doing a bit of the work yourself, the Propella Mini is an awesome option for a lightweight and effective urban commuter e-bike.

For more info, check out my full review of the Propella Mini.

I know that this list is supposed to be only sub-$1,000 electric bikes, but I hope you’ll forgive me for including the Ride1Up Roadster V2. It starts at just $1,045 (though goes up to $1,095 for most color options and frame sizes). At that price though, it is a highly effective commuter e-bike with some serious bang for your buck.

I had to include this one on the list because I just love this bike so much!

The rim brakes might seem old school, but having tested the bike myself, I can confirm that they’re high quality and bring the bike to a quick stop. And you can always upgrade to the Gravel version of the bike if you want true disc brakes.

With 500W of peak-rated power in a lightweight urban e-bike setup, the Ride1Up Roadster is definitely worth a look if you’re in the market for a Class 3 e-bike without a throttle.

You can read my review of the Ride1Up Roadster here, or check out the video below. 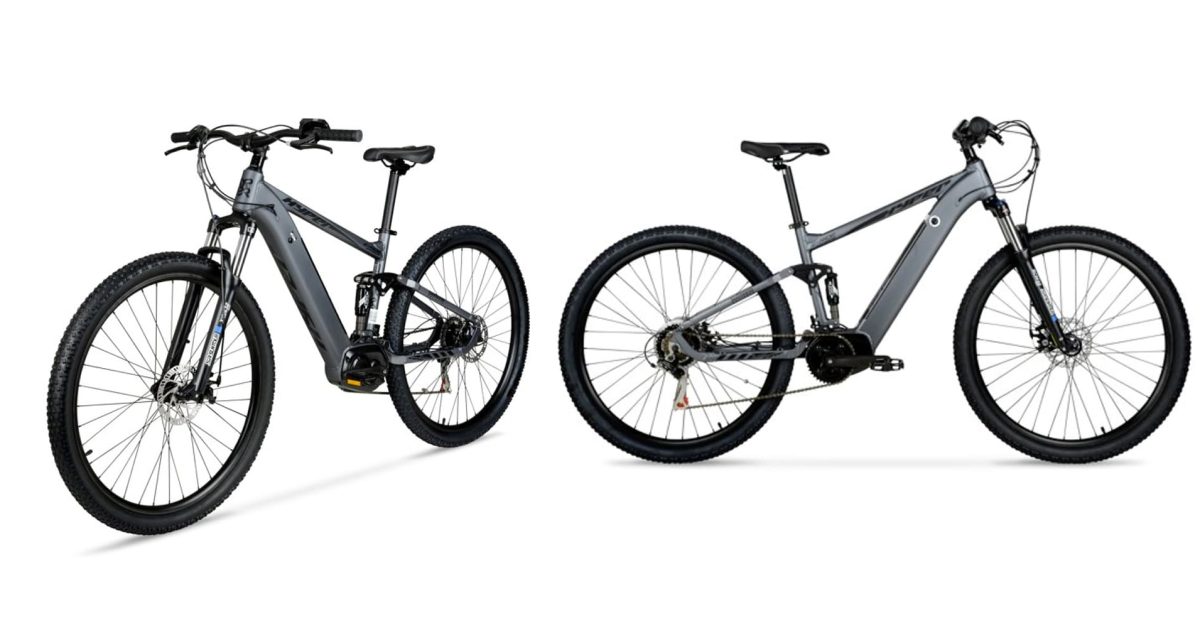 Walmart has long offered an interesting array of low-cost electric bicycles. Some of the bikes have even dipped down into ultra-budget territory with prices below $400. It can be a 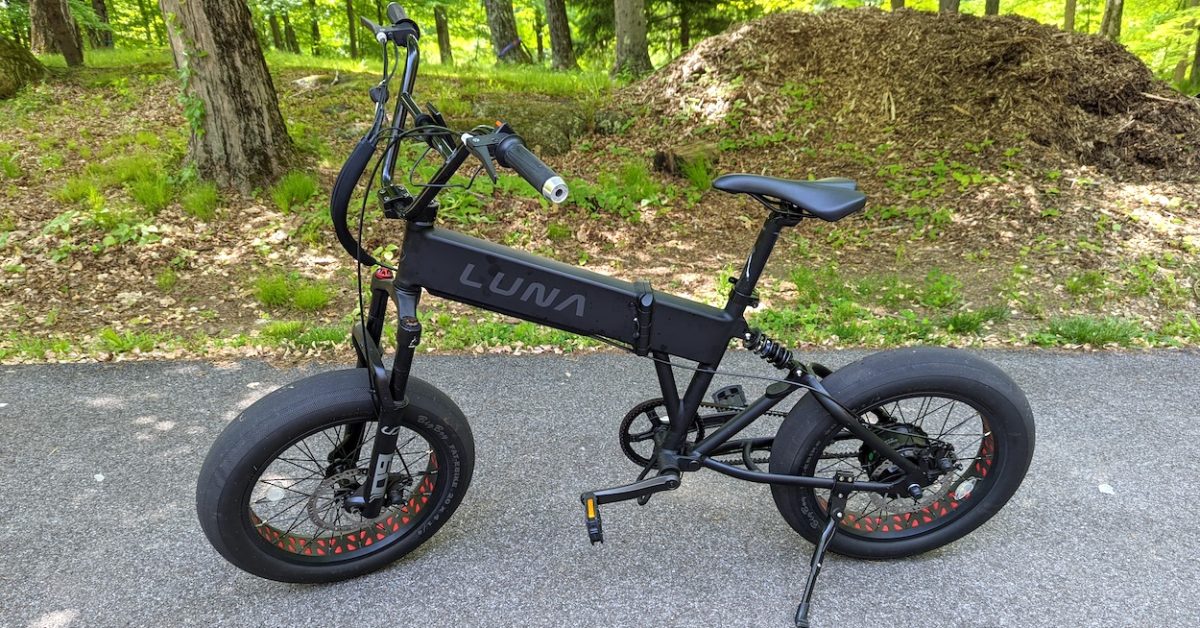 ….that pedals smoother than most acoustic bikes up to 25mph. I’ve spent the last few weeks with Luna’s new $1395 Eclipse folding fat tire e-bike. It is unlike any other 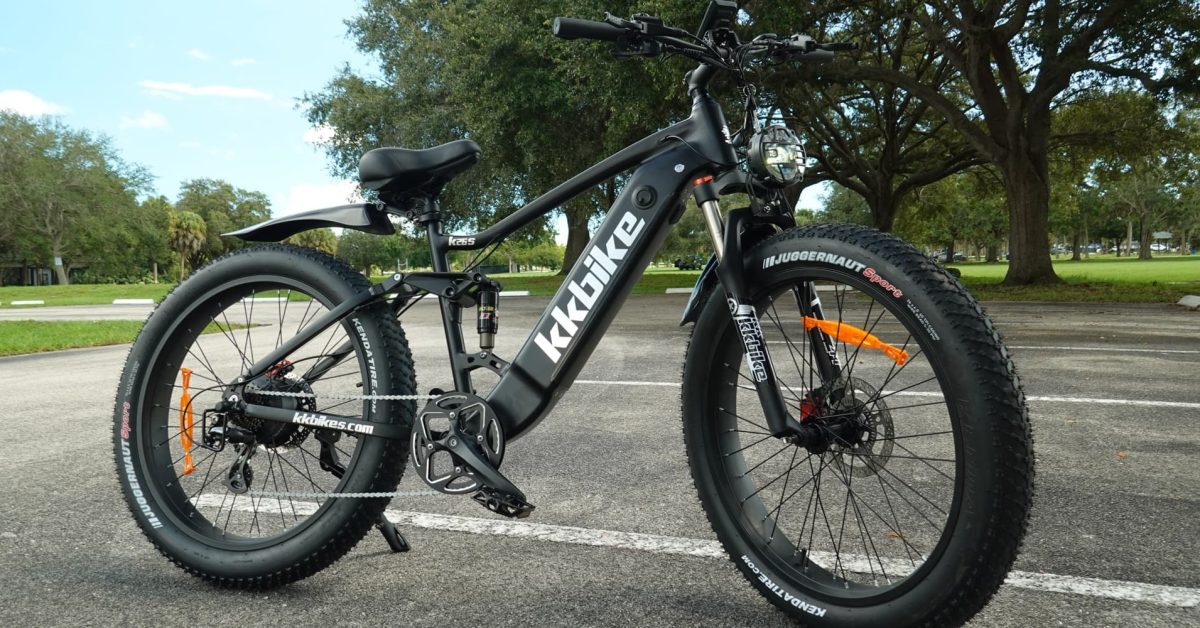