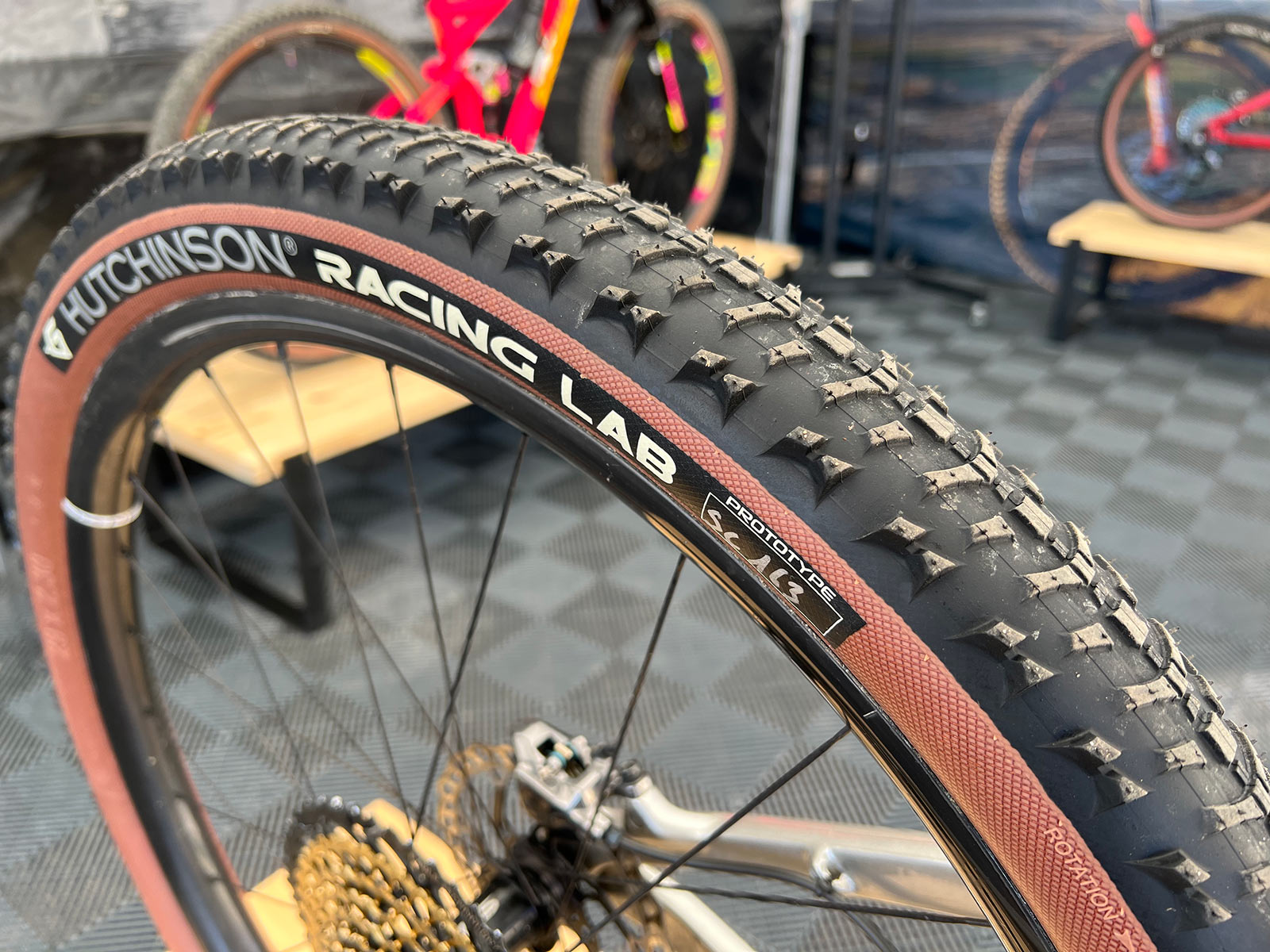 In addition to the prototype Rockrider XC and enduro mountain bikes we spotted at Roc d’Azur, and all the other cool bags and gadgets, there were a few prototype components hanging around.

Hutchinson has a lot in the pipeline. They’re testing new construction and tech for the Olympic athletes, with the Skeleton (rear) and Kraken XC tires running on Julia Gregoire’s BH.

The Kraken will be coming in 2.4 for next year, and a full XC line reboot is planned for 2024. There’s also a completely new down country tire coming next year. 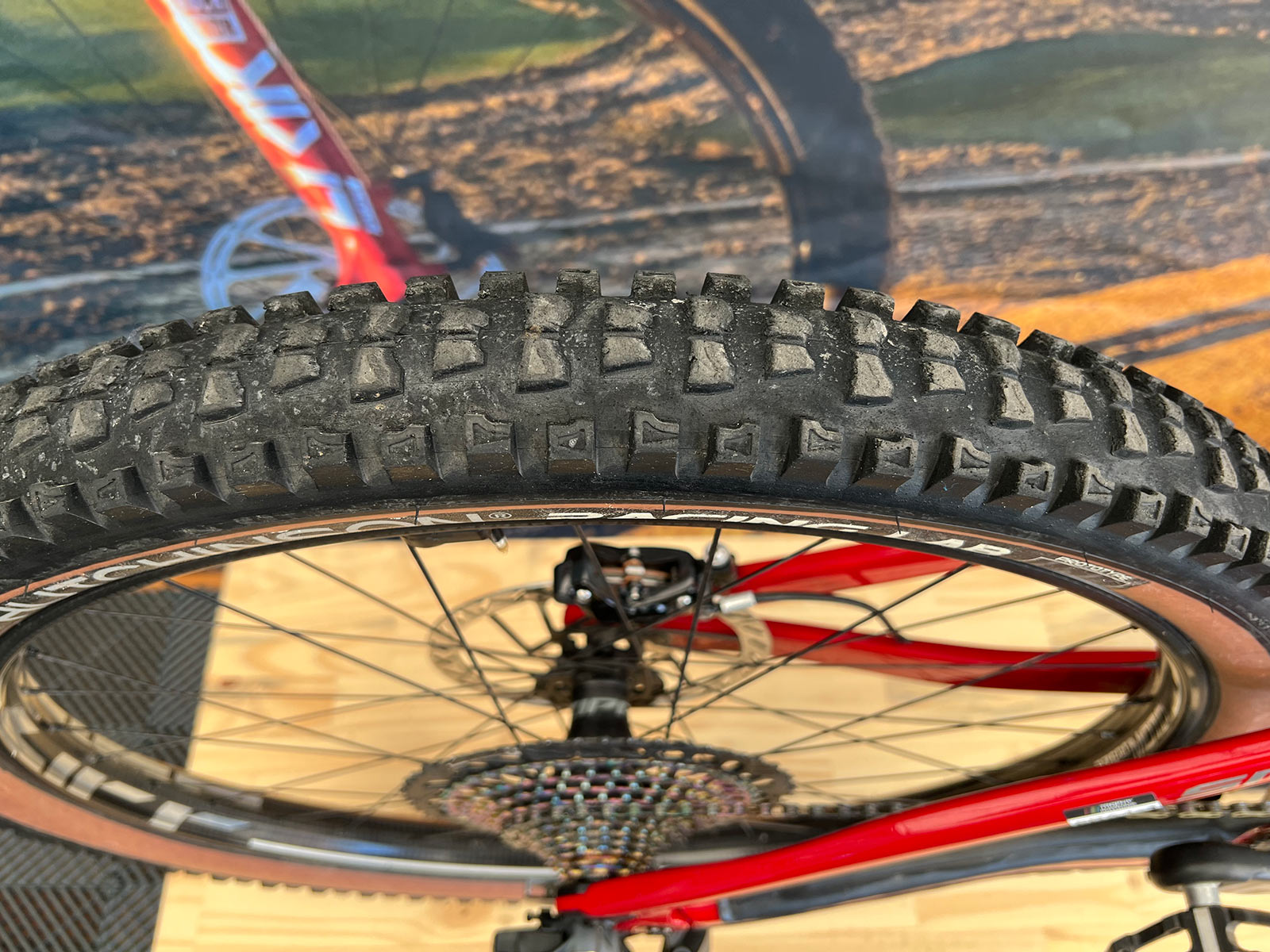 Pro EWS racer Isabeau Courdurier is testing new versions of the Griffus. The tread pattern looks the same as the current version, but they’re always tinkering with casing construction, materials, and rubber compounds. 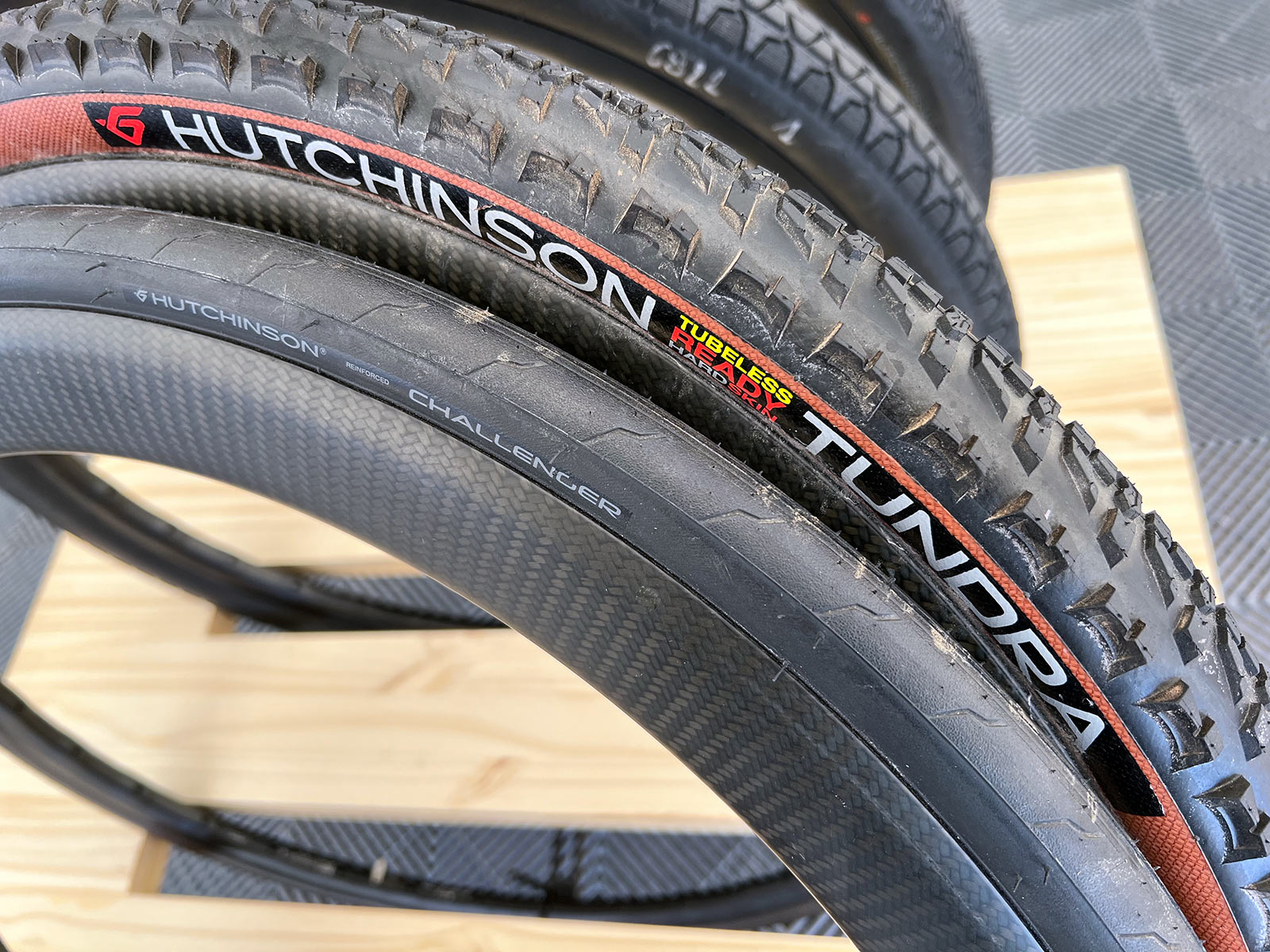 The Hutchinson Challenger tube-type road tire is out now, but a tubeless version that’ll be made in France and be higher end will come out next year and replace the long-running Sector, which was one of the very first mass produced tubeless tires and a very popular model for them. 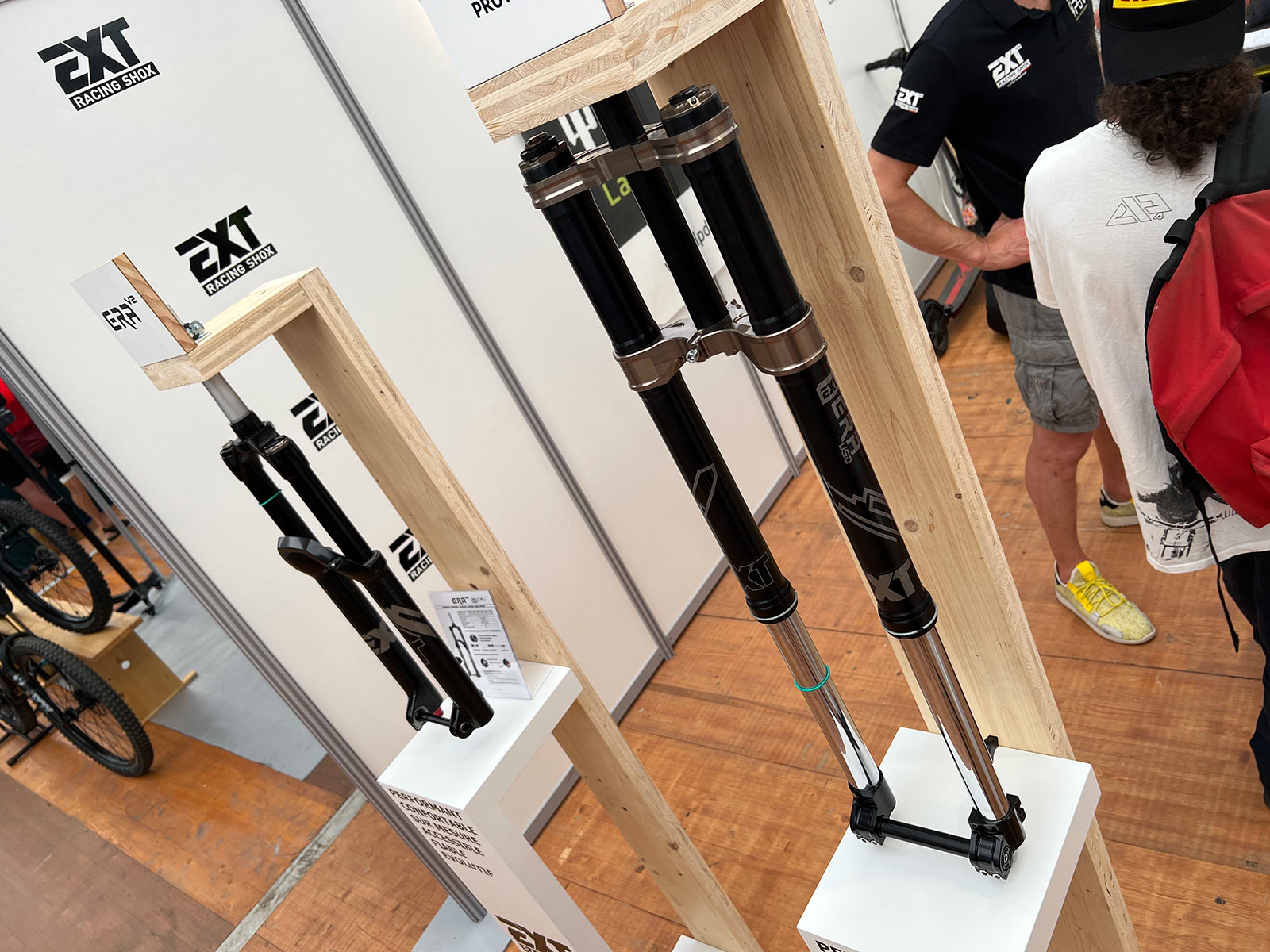 But a closer look reveals some interesting details. The top caps appear to have pressure relief valves, helping you equalize internal chassis air pressure with atmospheric pressure, a good thing when you’re riding a lift.

One side is likely the air valve cap, and on the other are separate high- and low-speed compression damping adjuster knobs. 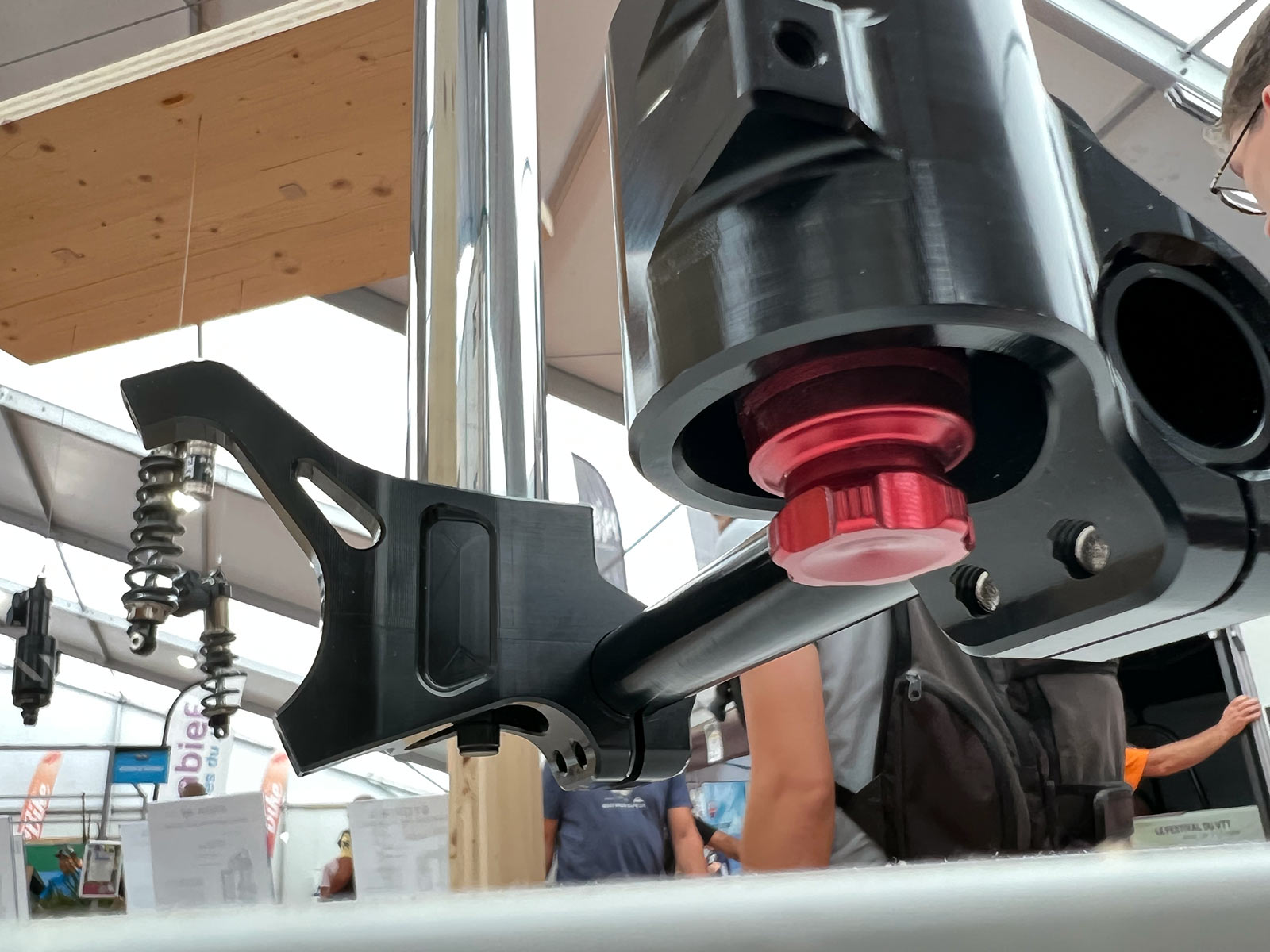 A lock-in 20mm thru axle and oversized brake mount support the long travel action. A separate rebound compression knob sit underneath, and the other side appears to have another knob…or air valve cover.

EXT uses a dual positive air spring design on the ERA, but with both valves under the top cap. Here, the top cap is too small to hide two Schrader valves, so it could be that you fill one from either end, or they let you customize the negative air spring. Or maybe even something else. This would give Extreme Shox two forks to go with their bike-specific-damper rear shock assortment. 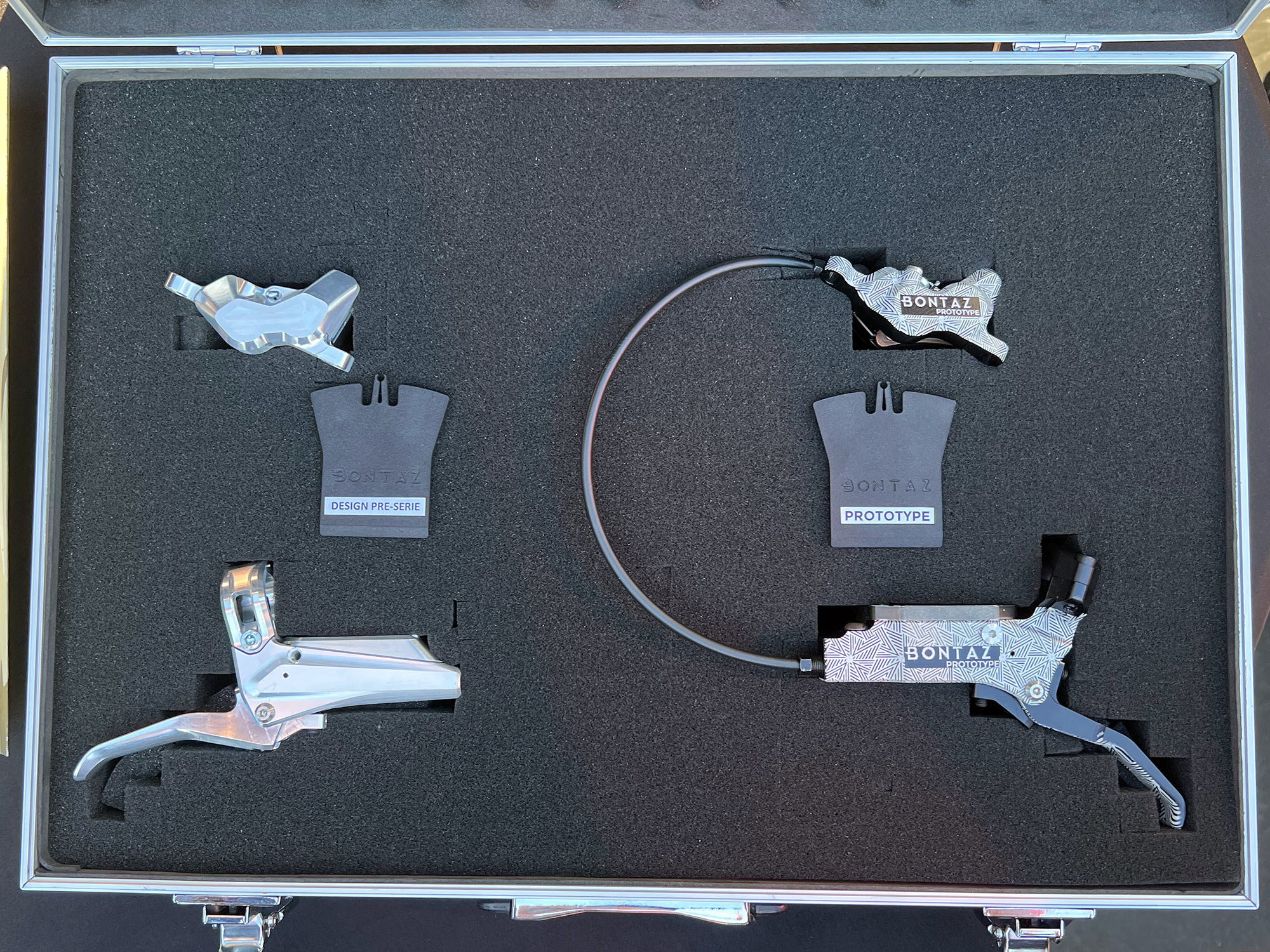 Never heard of Bontaz? Chances are they’re making your car (or Caterpillar truck) work every day. They’re suppliers to virtually every major auto brand and produce subassemblies used in hydraulic functions. Surprisingly, that does not seem to include vehicle brakes, but, you know, hydraulics are hydraulics, right? 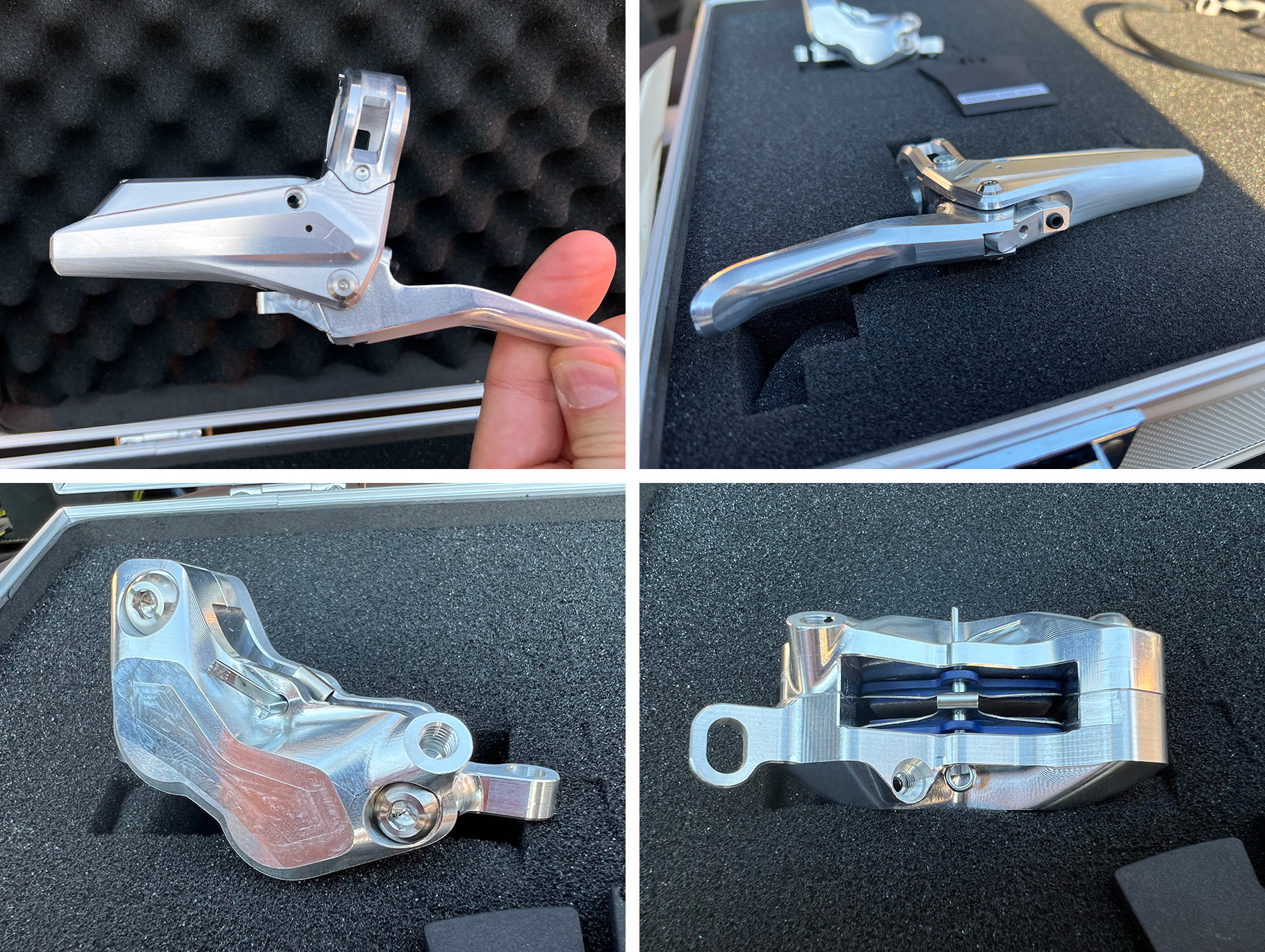 I caught them talking to a major bike brand about their prototype mountain bike brakes, shown here in early concept and production testing versions. They say they’re not necessarily introducing any groundbreaking new tech, just that they’re applying their expertise to the growing e-mobility segment since more and more of their automotive customers are looking at alternatives to the car. So, why not leverage those relationships and grow into new segments, amiright? 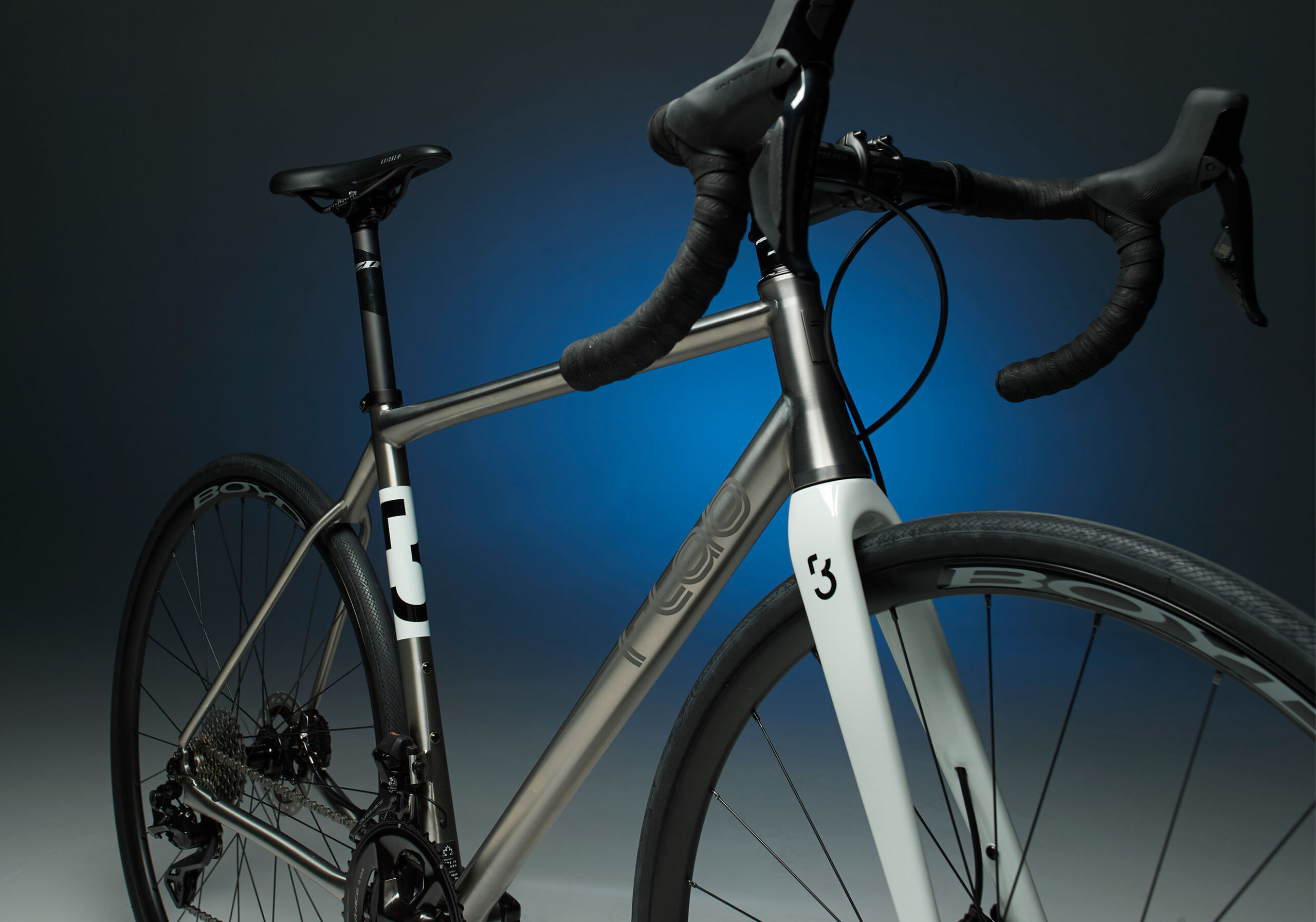 In the titanium bicycle realm, T-Lab frames already stand out for their shapely, cold-worked tubes. But it seems that the Montreal-based builder has gone back to the drawing board for 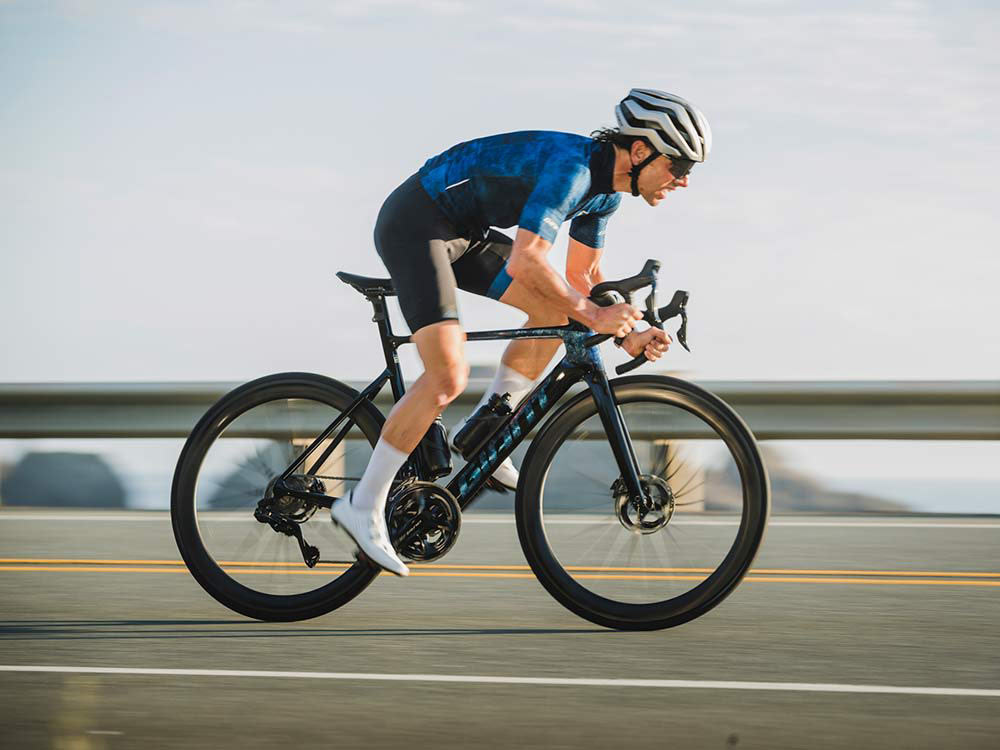 Posted on August 20, 2022 by Tyler Benedict Support us! BikeRumor may earn a small commission from affiliate links in this article. Learn more. After logging a stage win at 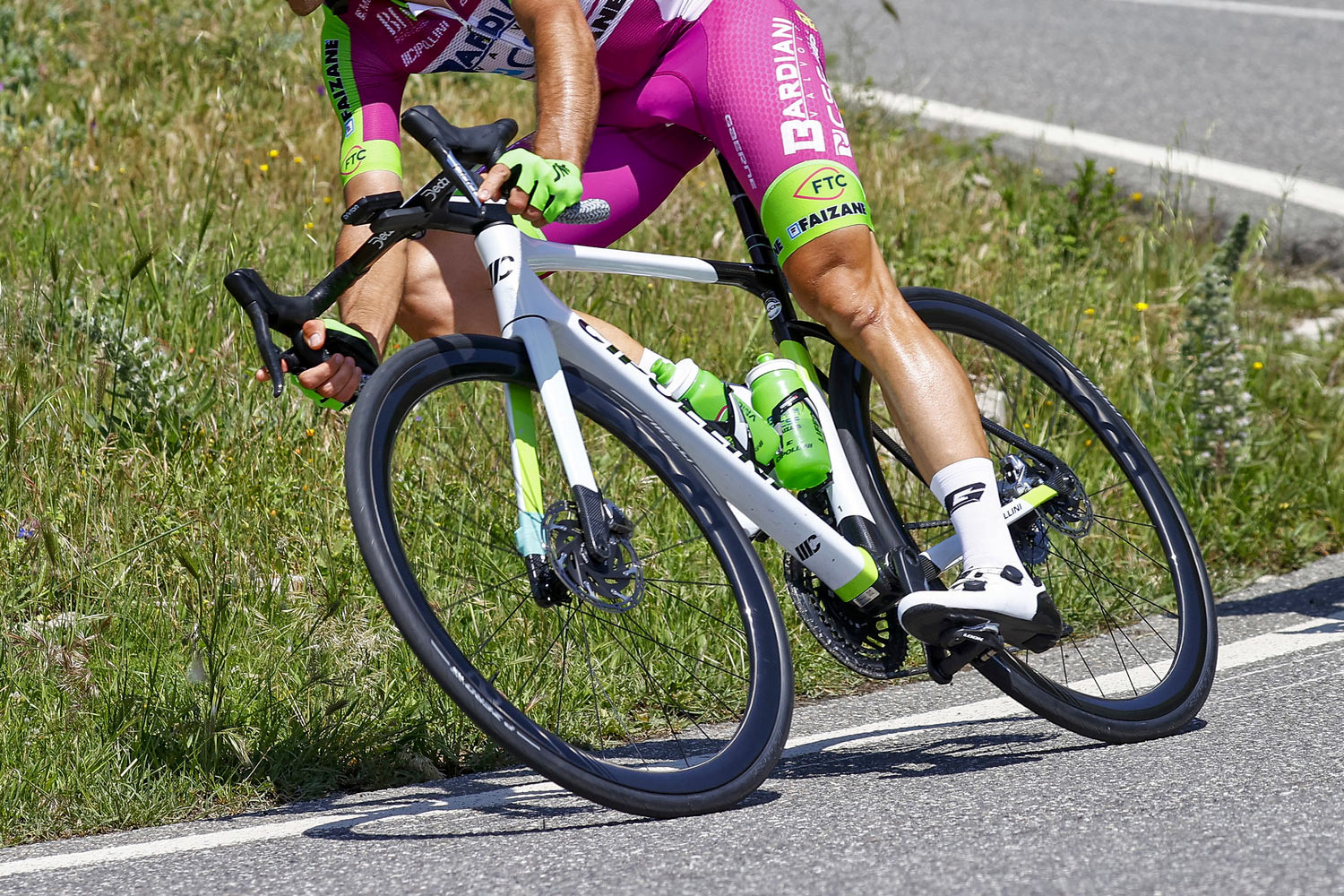 From the first week of this year’s Giro d’Italia, a new set of lightweight Deda Elementi RS4DB tubeless carbon wheels were in the break at the front of the peloton.