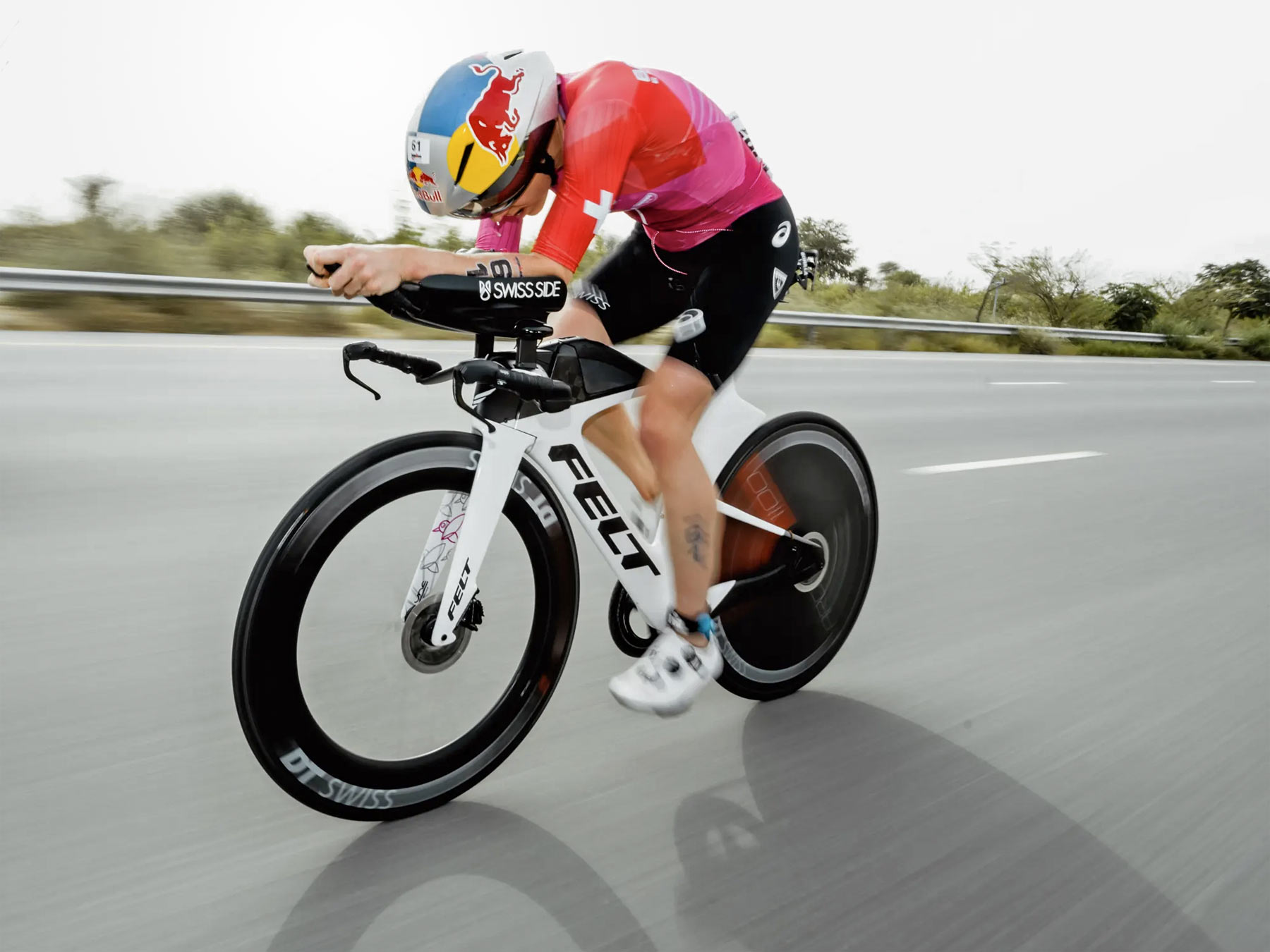 Felt completely reshapes their Kona-winning Integrated Aero carbon triathlon bike with an all-new, curving carbon humpback-ed IA 2.0 tri bike design that takes aerodynamics and storage to a new built-in level inside the carbon frame. Much like its predecessor, the new aerodynamic triathlon race bike includes storage for hydration, nutrition & spares, but now that is all integrated inside the uniquely curvaceous carbon frame. In addition to adding much more position adjustability, Felt also says it’s the “fastest ever triathlon bike“…

There’s no ignoring the wild shape of the curvy new IA 2.0, promising to make triathletes faster on the bike leg.

While the previous generation Integrated Aero tri bike built-in hydration, snack storage & a removable toolbox tail fin, those were all mostly add-ons. Disc brakes were even a bit of an add-on to the original IA1 that debuted back in 2014. 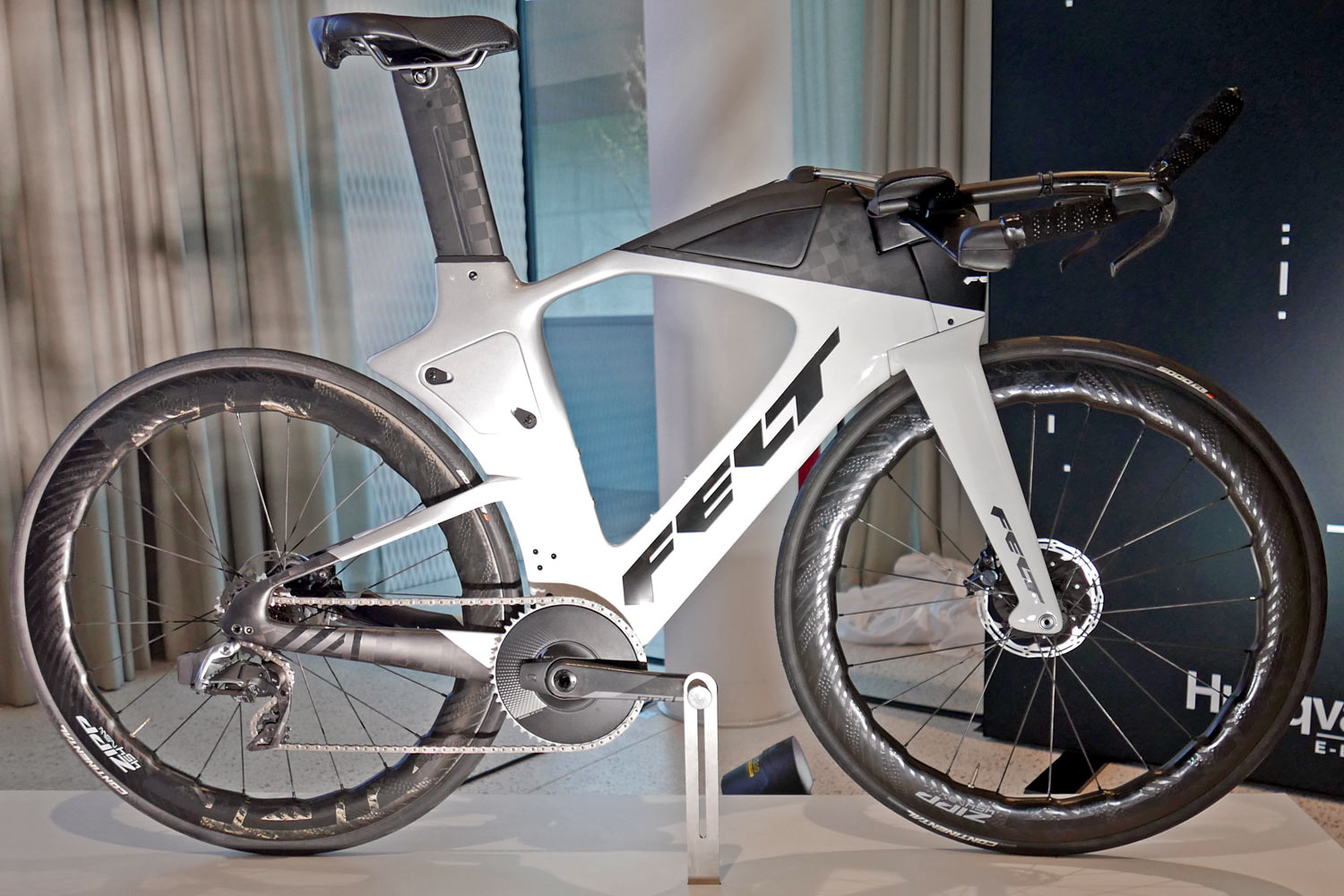 But now, Felt has pulled out all the stops, without the need to comply with any limitations like the UCI’s road restrictions. That freed Felt’s designers to integrate everything inside of the aerodynamic carbon frame with a distinct hump behind the bars that smooths airflow up closer to the rider’s aero tuck, and a mini tail that minimizes turbulence coming off the rider & bike. 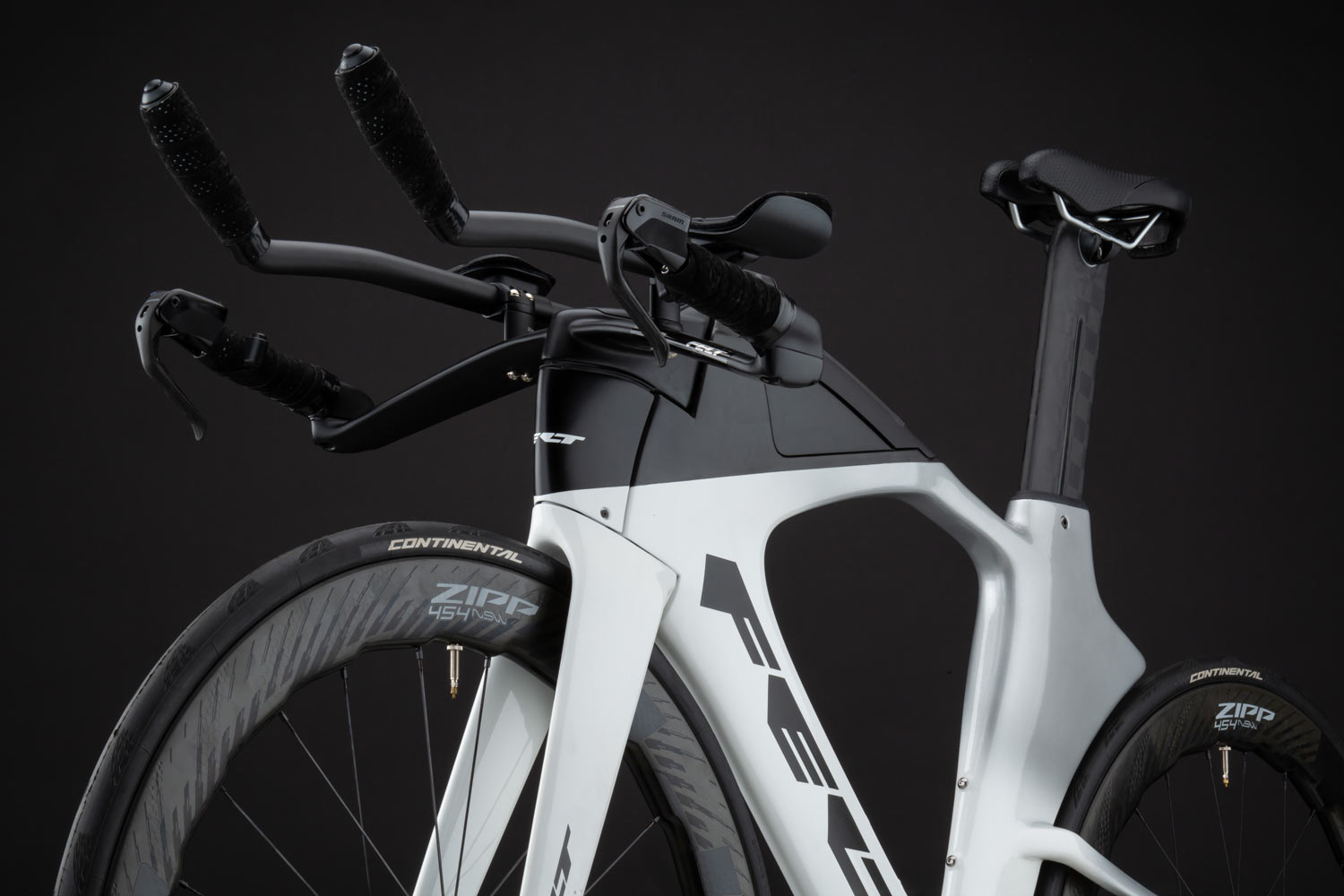 According to Felt’s own product team, it’s a “love it or hate it” design, but “at the end of the day the most beautiful bike is the fastest” and this once promises to be 4% faster than the previous IA1 (between -12.5 to +12.5° yaw angles), while also improving adjustability, comfort & control. 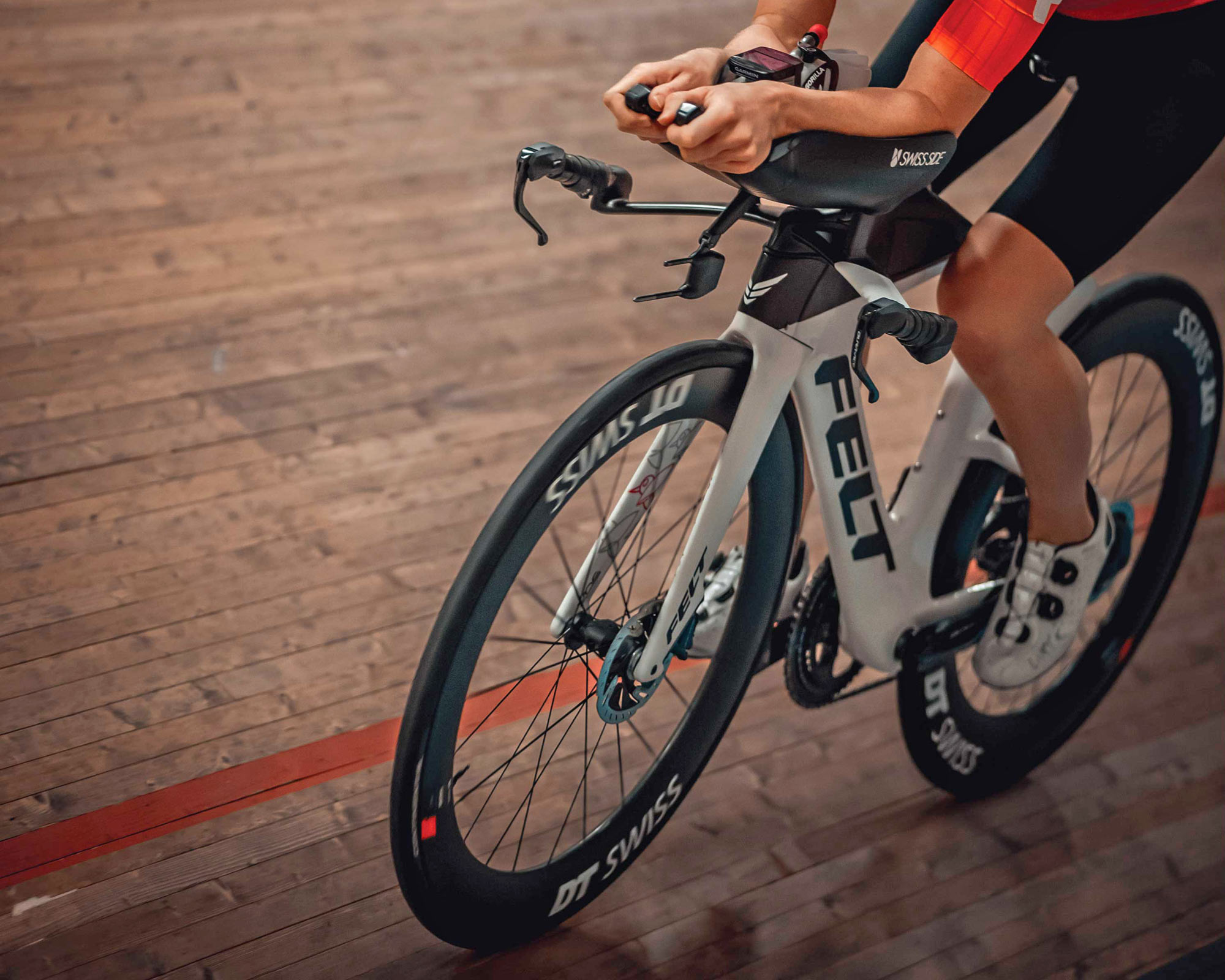 Felt has made their name racing triathlon, ridden to numerous Kona Ironman Women’s World Championship wins by four different riders since the company started in 1991 (including 6 wins in a row from 2013-2018 for the original IA). In fact, 4x World Champion Swiss triathlete Daniela Ryf has helped Felt develop the new IA2 inside on the track and outside on the road, even having been spotted racing the uniquely-shaped bike in a couple of triathlons already.

Jim Felt helped pioneer modern long-distance triathlon geometry in the early 1990s, and much of that continues on with this latest tri bike. Some of the biggest geometry updates come not from the frame itself, but a new cockpit system that includes much more basebar & aerobar extension fit adjustability. 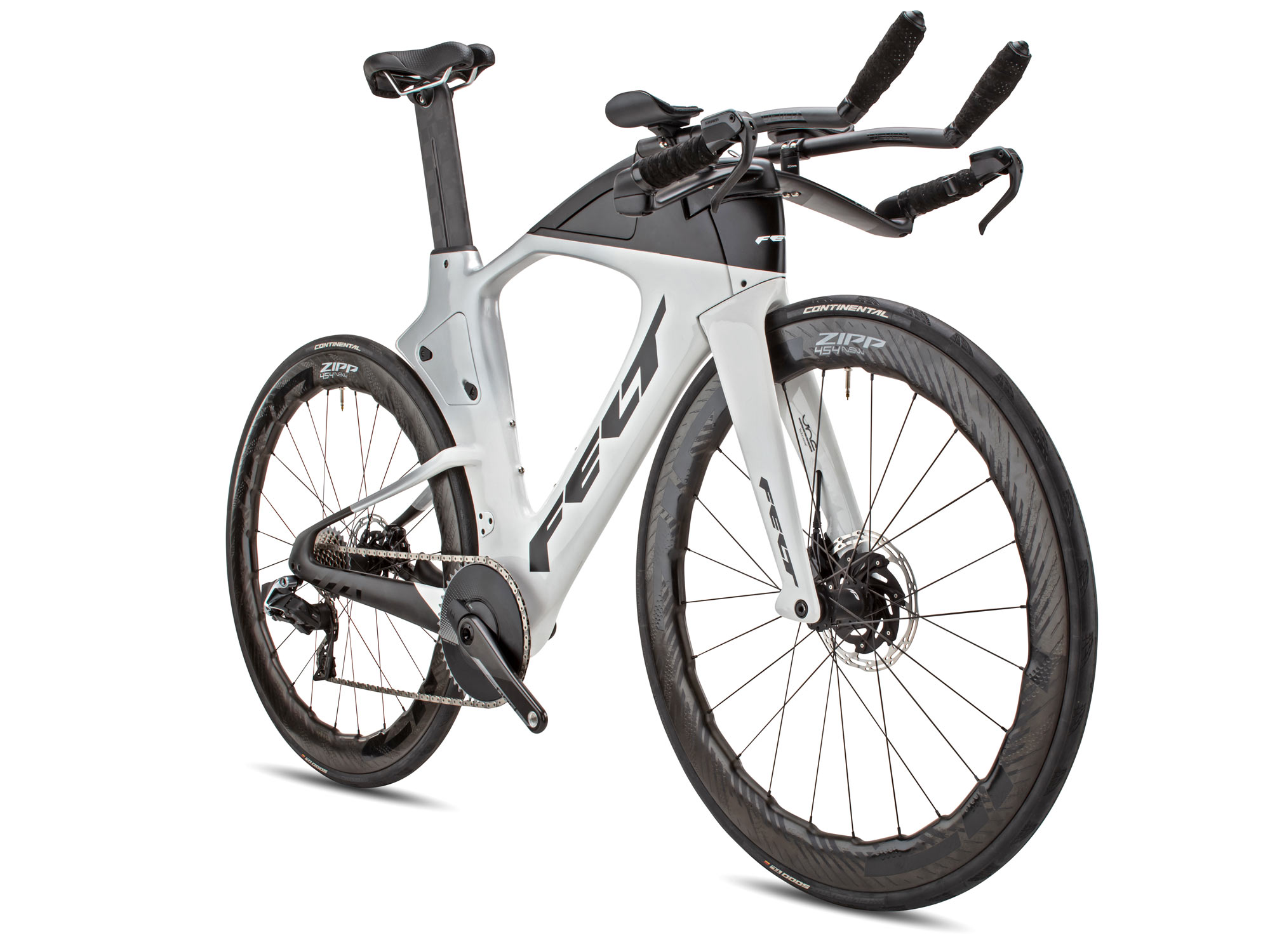 The new IA 2 is the latest FRD (Felt Racing Development) top-tier carbon bike made with Swedish hi-mod TeXtreme spread tow fiber, unique to Felt bike frames. They haven’t shared weight claims for the new IA2 (as the production bikes are not quite ready yet), but Felt says that TeXtreme allows them to significantly reduce weight and increase stiffness relative to conventional hi-mod carbon fibers. 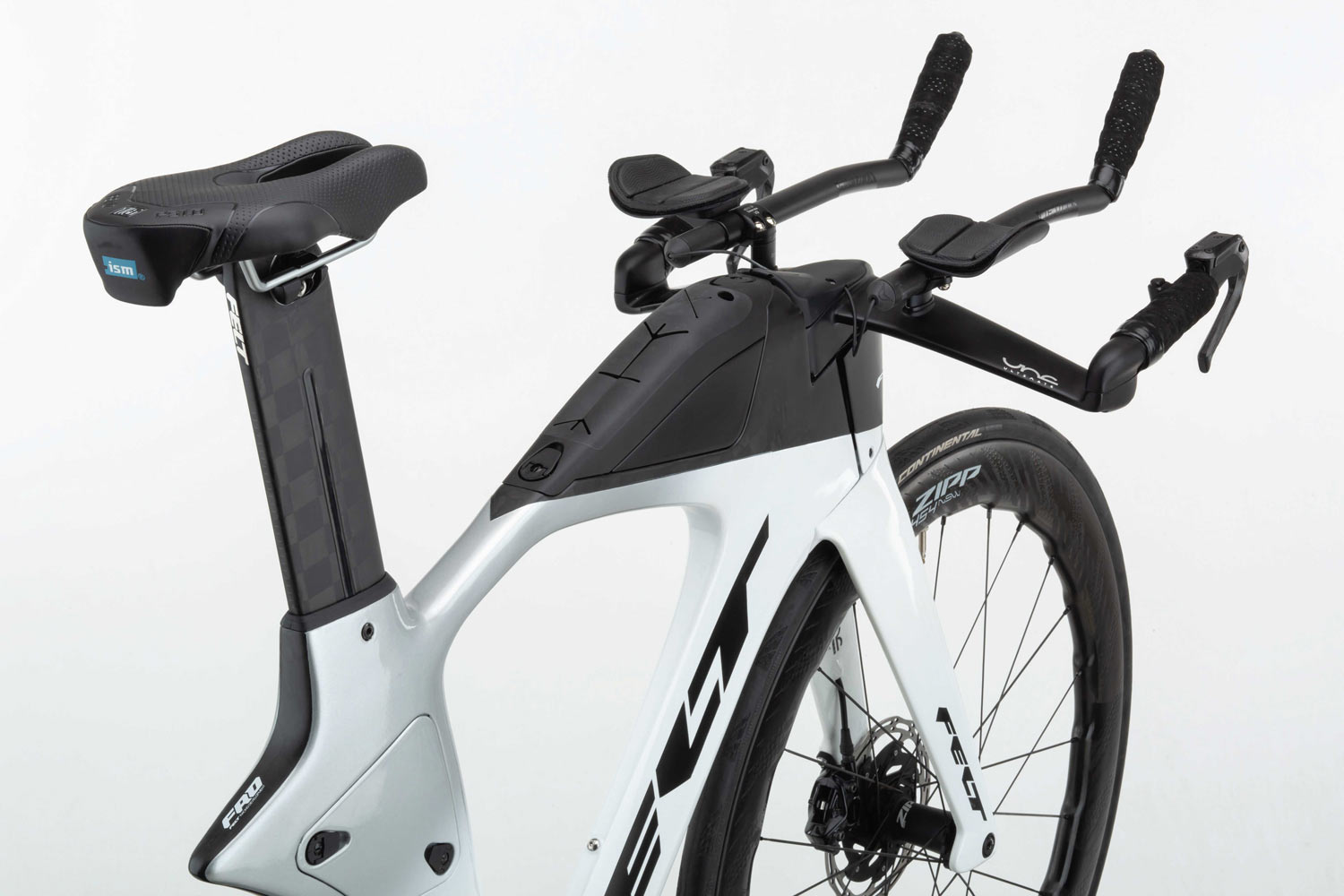 A big part of the Aero Integration that gives the IA 2.o its name is the built-in storage. Up front that’s the nested 0.9L ThirstPac removable hydration reservoir inside the toptube with a drink tube that attaches to your aero extensions, and then the 0.2L CalPac nutrition storage on top of it, accessed through slits in the pliable rubber cover. 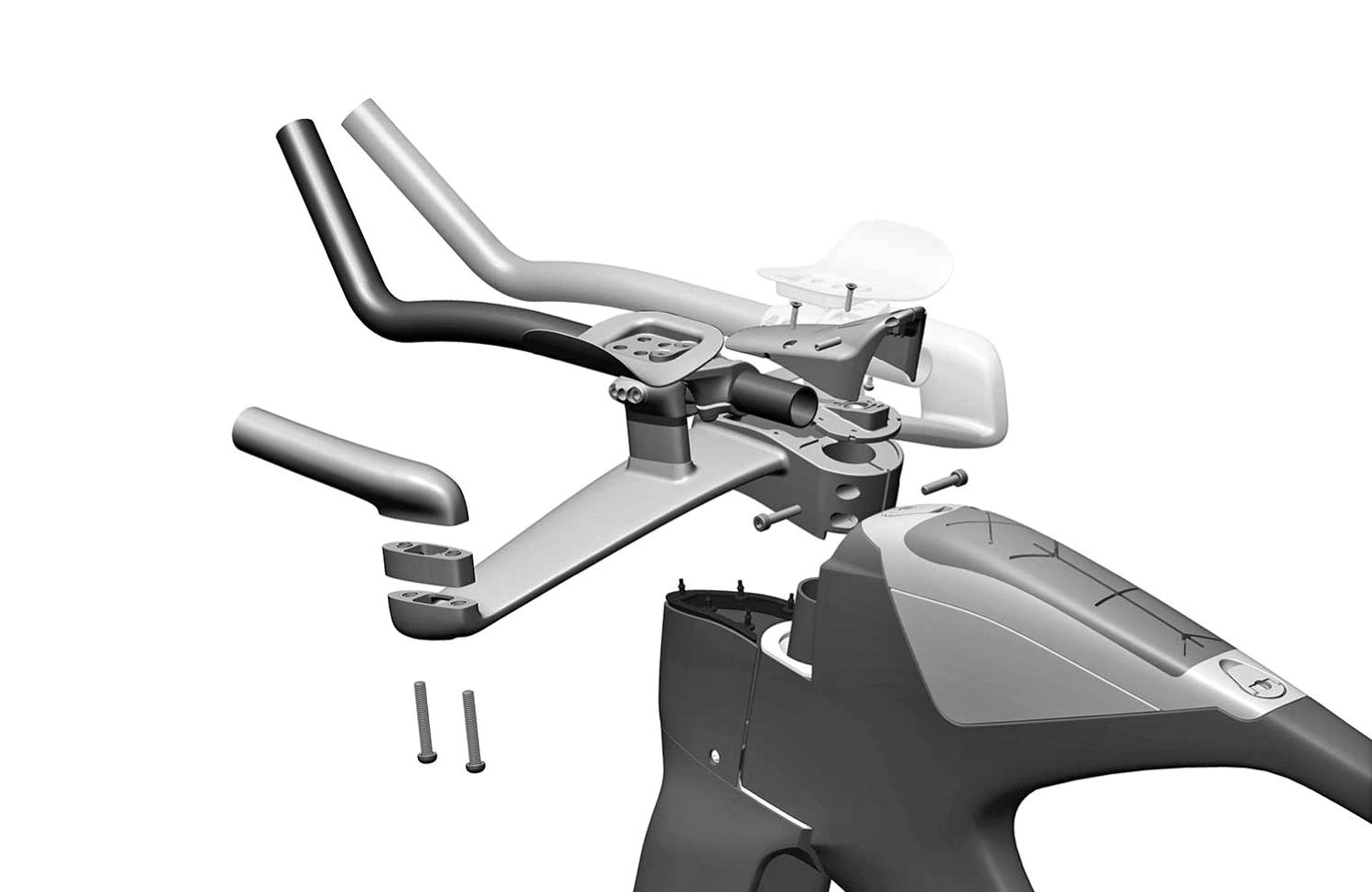 There’s even a small upgrade to the bolt-on aero nose cone, with a new upper rubber seal for smoother (and quieter) aero finish to the underside of the basebar.

And even how smooth it looks once installed, the new setup with fully hidden cables still uses a conventional round tapered steerer, 2-bolt stem & regular top cap, so that it’s easy enough to disconnect the bars and hang them next to the fork to fit in your bike bag for air travel to the races. 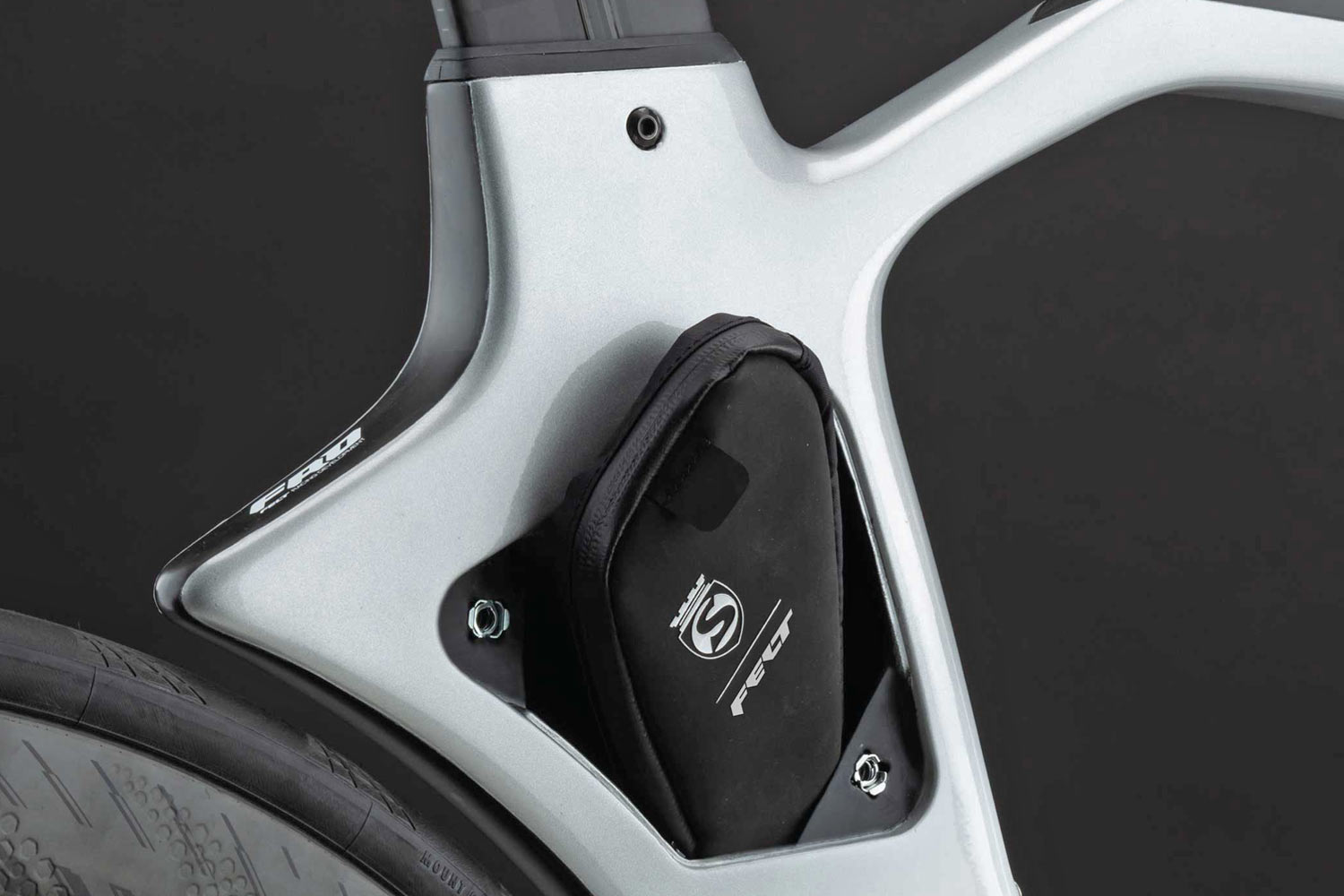 Out back in the tail fin, the (In The Seatpost) ITSpac internal storage provides space for a race repair kit – mini-tool, spare tube, levers, CO2 cartridge, etc. – all packed into the included Silca zippered neoprene pack to keep it all together, protected, and rattle-free.

Both of these storage spots are accessible with quick-to-use 1/4-turn locking cams, so you can get in & out quickly in a race situation. 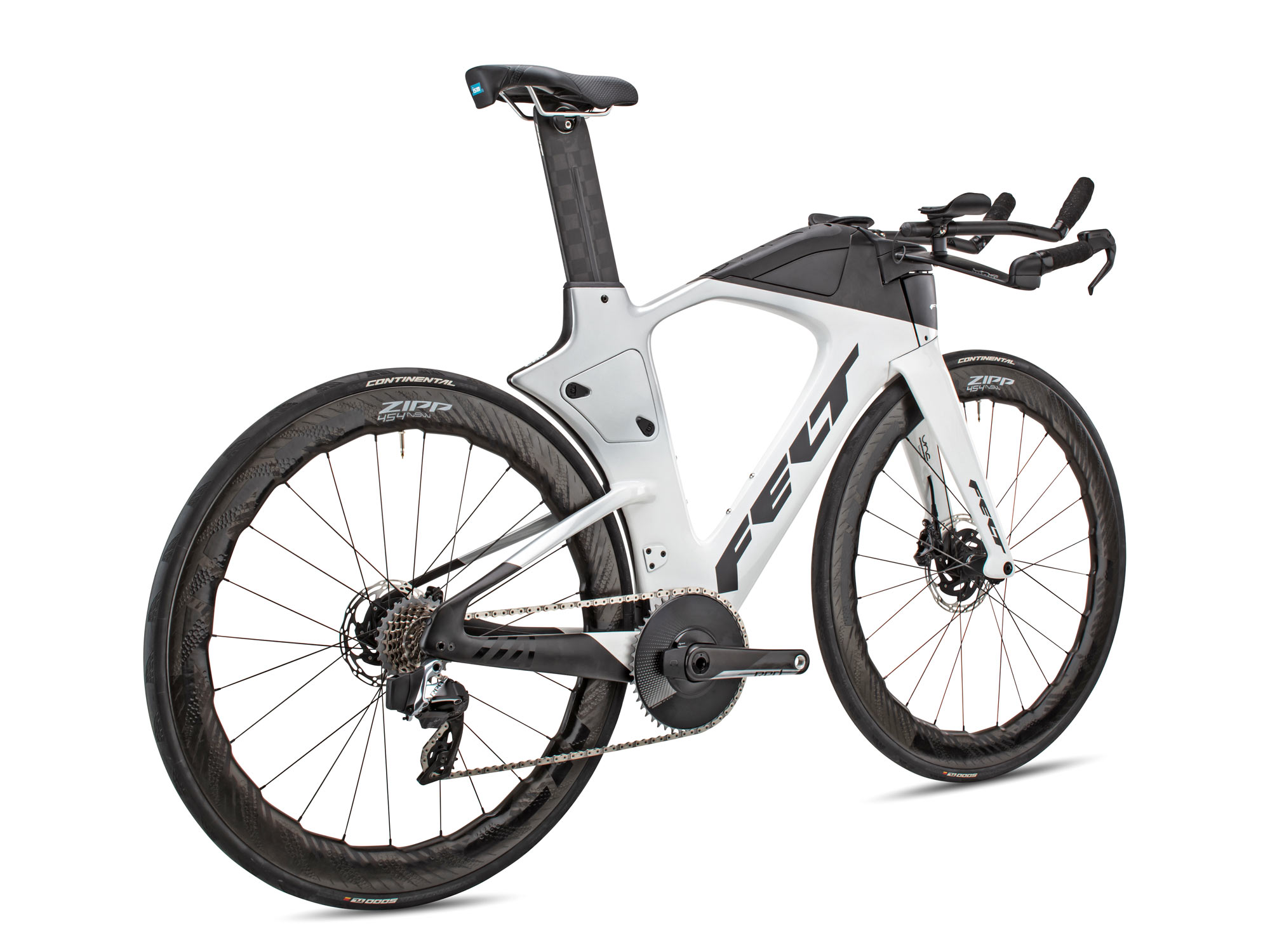 The new tri bike also increases comfort and control thanks to wider-volume modern road tires. With clearance for “28+mm” tires front & rear, triathletes can run lower pressure for improved grip AND lower rolling resistance on modern wide rims. Plus, the bike’s 4% decrease in overall aero drag compared to its predecessor also includes this move to wider 28mm tires vs. the 23-25mm tires on the IA 1. 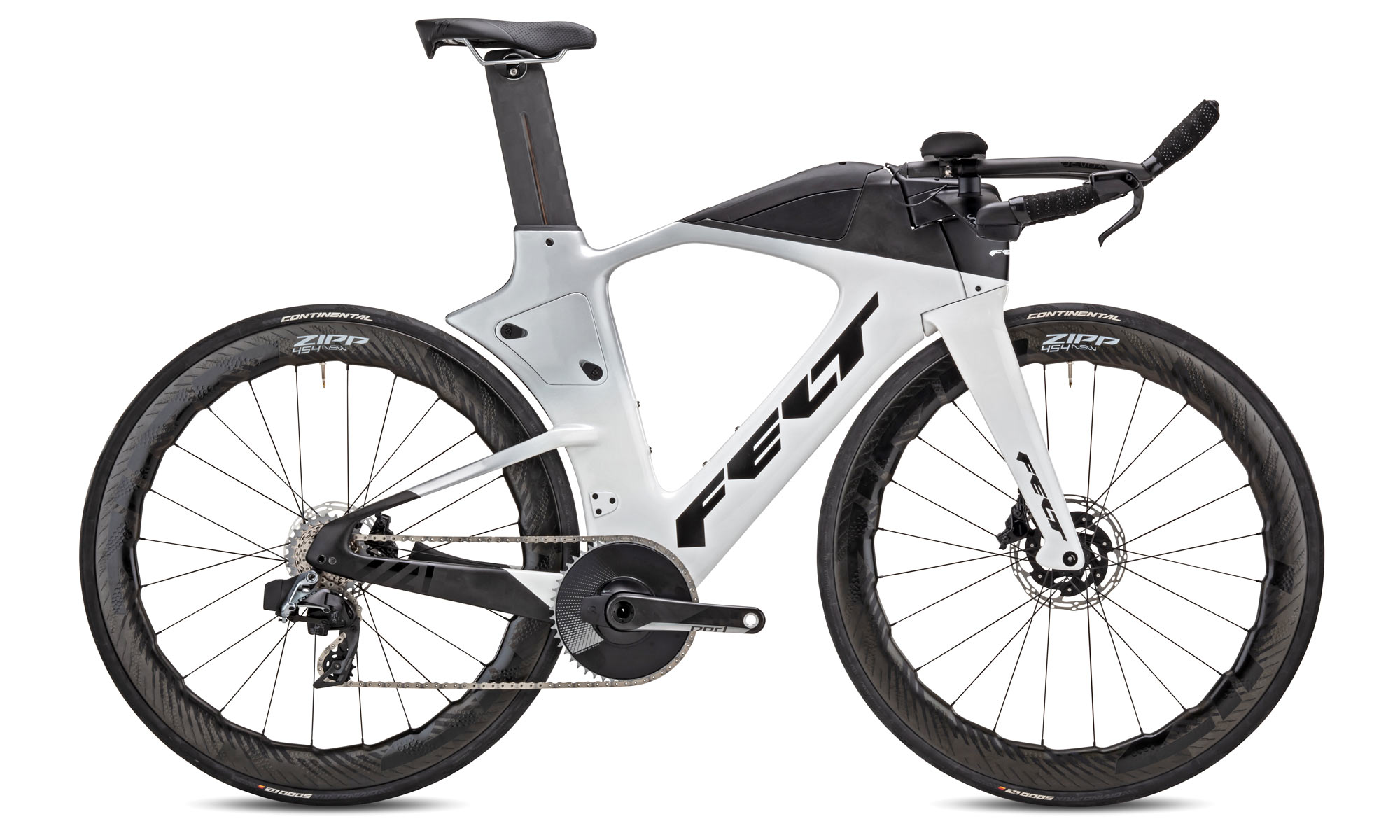 The new Felt IA 2.0 carbon tri bike will be offered in several complete bike builds, and a frameset option in some markets. (We’ve only seen a frame-only option for Canada so far.) 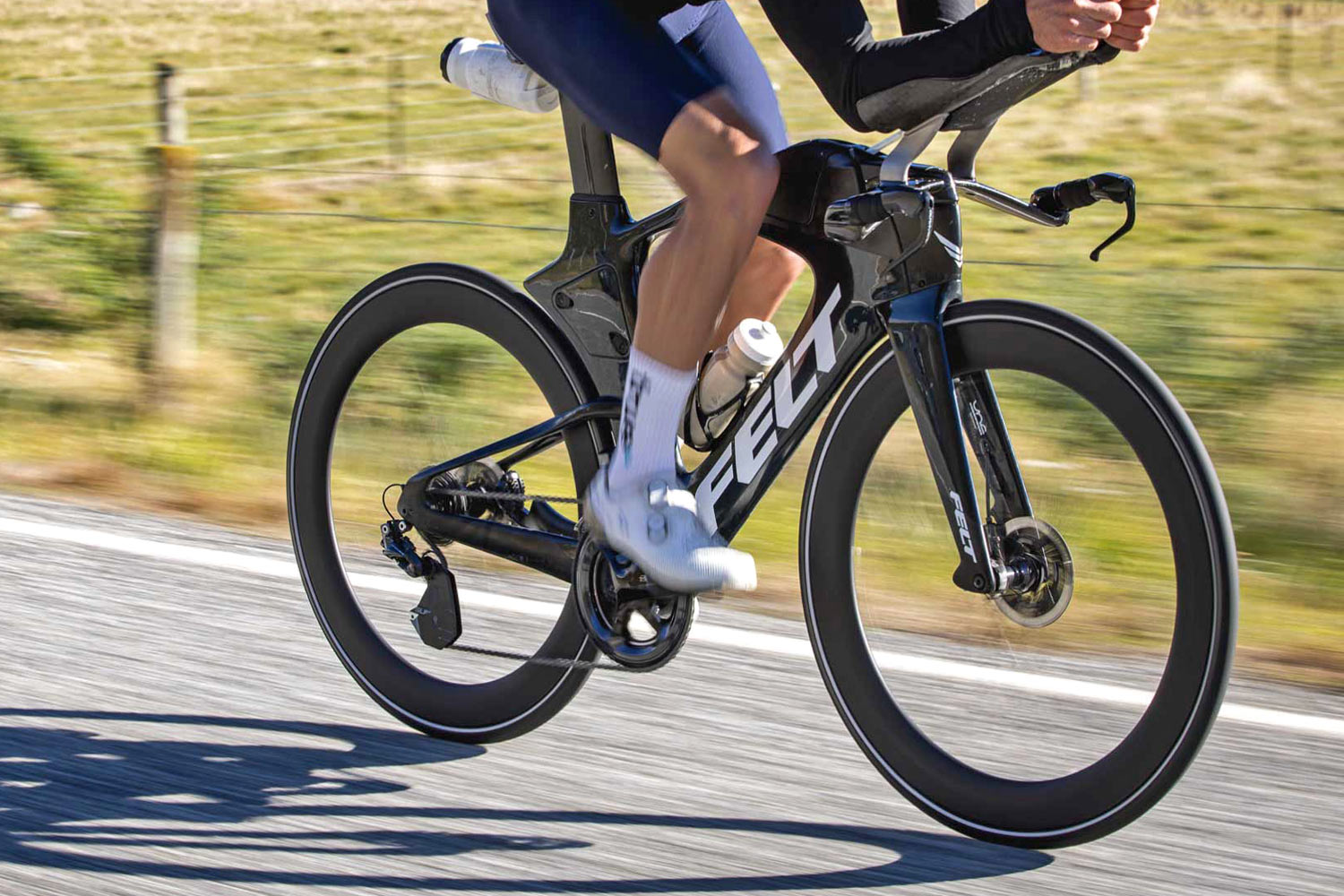 Like their new Breed Carbon gravel bike, Felt’s new Felt IA 2.0 triathlon race bike is officially a model year 2023 bike. That means it’s likely going to be late in 2022 before any of these will be available, but some should pop up in Felt bike shops late this year. Reach out now to your local IBD to reserve one of those if you have big swim, bike, run aspirations. 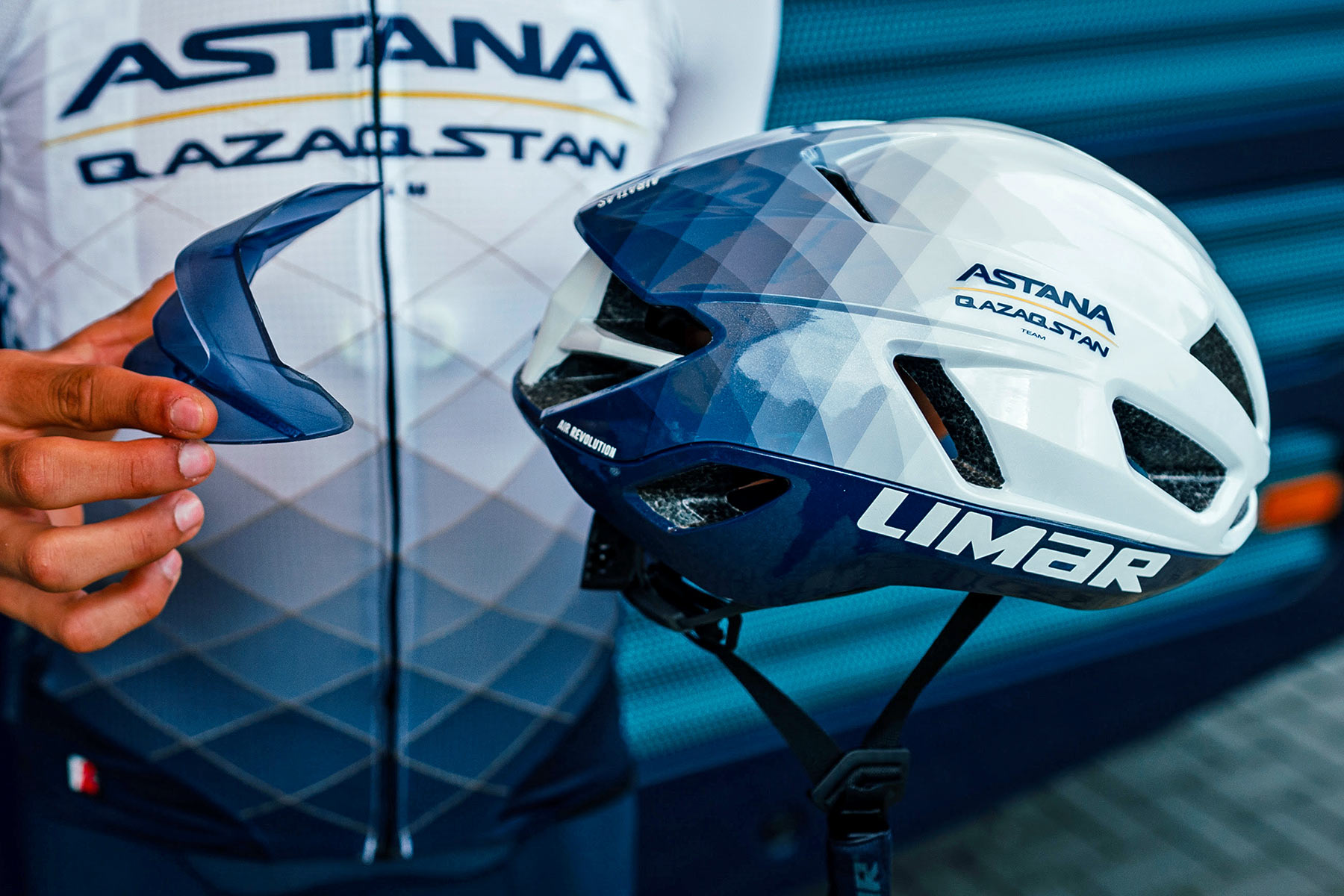 Showroom for Hero electric bikes Having trouble locating the closest Hero Electric two-wheeler dealership? You may find a complete list of authorized Hero Electric motorcycle showrooms in your area, together Support us! Bikerumor may earn a small commission from affiliate links in this article. Learn More This Week, Waterloo, Wisconsin’s Trek Bicycles brings more artistry to the company’s custom bike